A risky bet on streaming fueled the resurgence of Universal Music 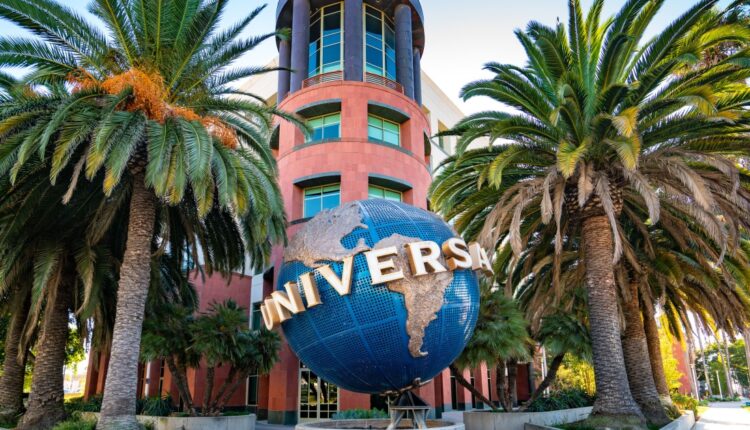 When Lucian Grainge became chairman of Universal Music Group in 2011, the industry was in free fall.

Music sales plummeted as consumers illegally downloaded songs instead of paying for CDs.

Instead of fighting the internet, Grainge pushed UMG to partner with YouTube and other technology companies that could promote its artists and their music. The label invested in the Swedish streaming service Spotify at an early stage.

His risk paid off.

On Tuesday, Santa Monica-based UMG successfully launched its listed shares in Europe, signaling to investors how much streaming has rejuvenated the music business after years of decline.

When it went public on Euronext Amsterdam, UMG was valued at 45.4 billion euros (53.2 billion US dollars).

Investors bought shares in the company, which represents a bevy of current hit-makers like Taylor Swift, Drake, and Billie Eilish and controls about 40% of the industry. The stock opened at EUR 25.25, or $ 29.61, and rose 36% on Tuesday.

Although the COVID-19 pandemic devastated the concert business, streaming and subscription revenues from platforms like Spotify and Apple soared over the past year, accounting for 59% of UMG’s revenue.

And the company believes there are even more ways to grow and license music to popular apps, smart speakers, and fitness equipment around the world.

For the French media group Vivendi, the parent company of UMG, the listing of its valuable asset on Tuesday marks the climax of its two decades of investment in the music industry. Paris-based Vivendi, owned by UMG since 2000, suffered from the industry slump following the rise of Napster.

“Universal music remains a sweet spot when it comes to content,” said Daniel Ives, an analyst at Wedbush Securities. “If you had told investors a decade ago that they were in a situation where music was a very attractive sector, they would have said, ‘You’re crazy.’ It shows that it’s a big comeback for the music industry, with streaming at the forefront, and that’s just another feather in the cap for the broader industry. “

According to the annual report of the International Federation of the Phonographic Industry, worldwide record industry revenue rose 7.4% last year to $ 21.6 billion, its highest level since 2002. Streaming, including ad-supported apps and subscriptions, made 62 % of the total volume.

In the United States, phonogram revenue rose 27% to $ 7.1 billion in the first half of this year, according to a report by the Recording Industry Assn. from America. Streaming contributed 84% of the total.

Many credit the success of UMG Grainge, the CEO and Chairman of UMG, who, as the industry transitioned, led the company to a model that is not based on consumers buying albums or songs, but accessing them through subscriptions.

As a former A&R man (artist and repertoire), Grainge rose in the ranks of UMG and managed the takeover of the assets of the classic label EMI by the company. He also invested money to revive famous labels like Capitol Records, Virgin Records and Blue Note Records.

“When I came to UMG 35 years ago, I would never have dreamed that this company would one day be the world market leader in the field of music-based entertainment and that we would have the opportunity to determine our own fate,” Grainge said in one Explanation. “I can’t tell you how many times people have told me the music business was dead, but I knew they were wrong.”

Under his leadership, UMG moved its headquarters from New York to the Los Angeles area a decade ago to be closer to the offices of the technology and media companies it wanted to work with.

“Relationships with technology are essential so that we can understand each other’s goals and form win-win partnerships for our artists and the platforms,” ​​said Grainge. “By supporting digital streaming and subscription services early on, we have demonstrated our innovative strength and ability to lead a transformation in the music industry.”

Beyond Spotify, record labels have found new ways to grow their digital businesses. Music is essential to the viral appeal of social media companies like Snap and the Chinese video sharing app TikTok, as well as the networked fitness company Peloton. Universal Music announced a new global licensing deal with TikTok in February that would give users better access to clips from Universal Music’s catalog. Video games are also a source of royalty income.

The music business is always obsessed with finding the next big act, but the streaming revolution has also increased the value of catalogs of old hits. Last year, 54% of UMG’s music sales came from catalog products, including recordings by the Beatles and U2.

In addition to the record business, UMG earns money with music publications and artist-related merchandise items that have been canceled or postponed due to the COVID-19 pandemic.

Vivendi, which UMG bought through the takeover of the beverage giant Seagram, owned 70% of the music giant before it was listed on the stock exchange. Vivendi has split off 60% of its shares so that it owns 10% of the shares. The sale of shares had long been expected by investors.

Other prominent investors wanted a piece of UMG. Its largest shareholders include a consortium led by Chinese technology giant Tencent, which acquired 10% of the shares last year and now owns 20%. The hedge fund William Ackman tried to invest in UMG this year through a special acquisition company, but instead failed through its Los Angeles firm Pershing Square Capital Management with a 10% stake.

The public sale of shares will benefit Grainge, who could raise more than $ 150 million.

Bloomberg contributed to this report.