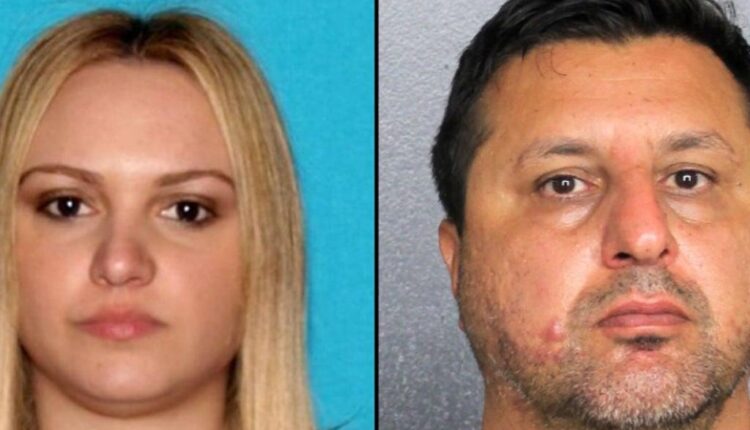 Richard Ayvazyan and his wife, Marietta Terabelian, went on the run after being found guilty of fraudulently seeking more than $ 20 million in Covid aid.

The couple awaited sentencing and faced a long prison term when they cut off their electronic tracking wristbands and fled home, abandoning their children, officials said.

They left a typed note on their three teenagers, ages 13, 15, and 16 that said, “We’ll be together again one day. This is not a goodbye, but a short break from each other. “

The couple have now been missing for three months and have not been found despite massive FBI searches. The FBI is offering a $ 20,000 reward for clues leading to her arrest.

This week a judge sentenced Mr. Ayvazyan and Ms. Terabelian in absentia to 17 and six years in prison, respectively. Prosecutors said they were part of a group that planned to steal more than $ 20 million in funds to help small businesses during the Covid pandemic.

“The defendants used the COVID-19 crisis to steal much-needed government aid in the millions to help people and businesses suffering from the economic impact of the worst pandemic in a century,” said US Attorney Tracy L Wilkison .

Officials said they used fraudulent identities to apply for about 150 state pandemic aid loans to counterfeit businesses in the San Fernando Valley.

The couple, along with Mr. Ayvazyan’s brother and five co-conspirators, used the money they cheated to buy mansions in Southern California along with gold coins, diamonds, furniture, luxury watches and a Harley-Davidson motorcycle, prosecutors said.

The couple’s three children were in the courtroom when their parents were sentenced.

Are you traveling this Thanksgiving Day? Check gasoline prices in Santa Monica