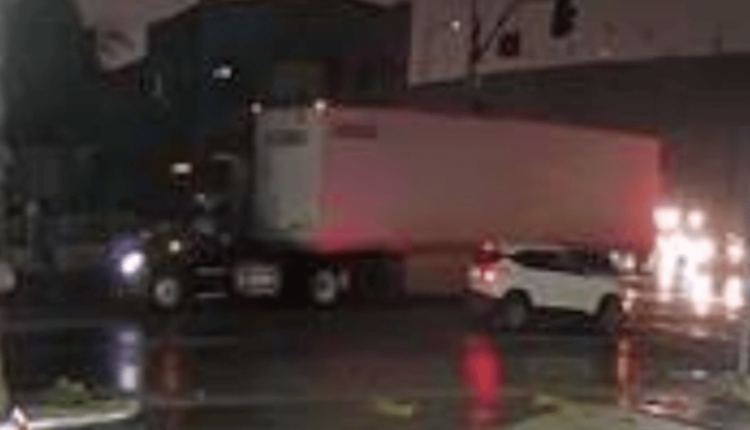 LAPD detectives have released new surveillance during their search for a hit and run driver who killed a young woman.

The photo from a surveillance camera at an Arco gas station is currently the investigators’ biggest lead.

They show a semi-trailer truck shortly after detectives believe that the driver hit and killed 39-year-old Iquisha Blaxon.

“I just don’t understand how someone hit someone – and carry on like nothing,” said a neighbor.

Neighbors say Blaxon was a mother of young children and lived less than half a mile from Gage and Grand near the 110 Freeway, where she was hit by the truck driver Monday morning.

The grainy surveillance photo shows the trailer truck right onto Gage Avenue shortly after 6:30 a.m. It was dark and the ground seems wet from the rain.

Detectives are trying to track down more security material, which the company logo on the driver’s door of the truck may have better captured.

They say they are working to find the driver asap – as family and friends are still in disbelief.

“It’s really shocking to hear this happened to her and … just keep the family in prayer,” said Lawrence Busey, a neighbor.

To councilors whining about redistribution: Adapt