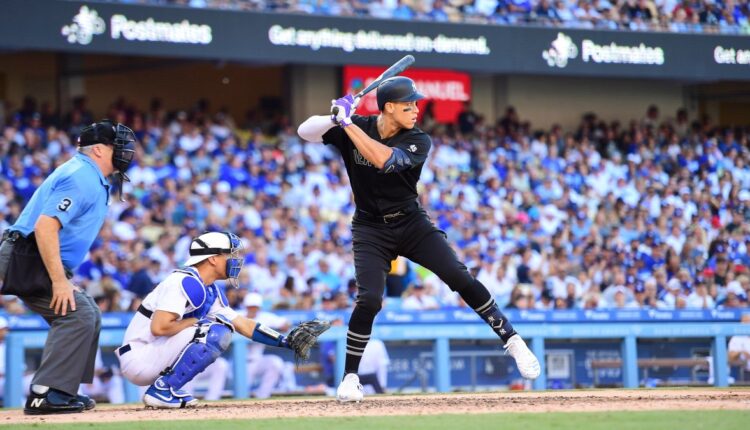 Last August we wrote that the Los Angeles Dodgers were chosen over the New York Yankees and Houston Astros as the most-hated team in all of Major League Baseball.

According to BetOnline.ag, the same sports betting website that tracked Twitter data for months to selected the Dodgers as America’s most hated team last fall, the Yankees have now passed the Dodgers in domestic disdain.

Since the start of the 2022 MLB season, BetOnline has continued to track data across Twitter using high-tech software that detects trends, derogatory terms, geotags, hashtags, and direct keyword associations in relation to MLB teams throughout the league. Recently, they released the numbers and unveiled the top 10 most hated teams in MLB list.

The Yankees now top the list at number one, followed by the Dodgers, and then the Astros. For the last several years, those three teams have taken turns in the top spot as the league’s most hated team.

Rounding out the top 10 is the Phillies, Cubs, Red Sox, and Giants. The complete list of the top 10 most hated MLB teams is below:

Of course BetOnline is a sports gambling website and they also have betting odds on the 2022 World Series. The Dodgers are the overall favorites to hoist the Commissioner’s Trophy at the end of the season with 5 to 1 odds, but the Yankees are not to far behind at 9 to 1.

However, according to BetOnline’s same software that selected them as the most hated team in baseball based on Twitter data, the social media giant also believes the Yankees will win the World Series in 2022.

Using geotagged data, analyzing over 120,000 tweets containing keyword phrases like “who will win the World Series” and “World Series champs,” the team most associated with those phrases is the Yankees.

Granted, geographic locations across the United States dictated some of those results. In the Southeast portion of the US, the reigning champion Atlanta Braves dominated the conversation when it came to who will win the World Series in 2022. (According to BetOnline, the Braves have 11 to 1 odds this season).

The Western United States selected the Dodgers, and the Yankees had the most support among the Northeast, North and even far away in Alaska!

Below is a map of the breakdown of how states selected who they believe will win the 2022 World Series: