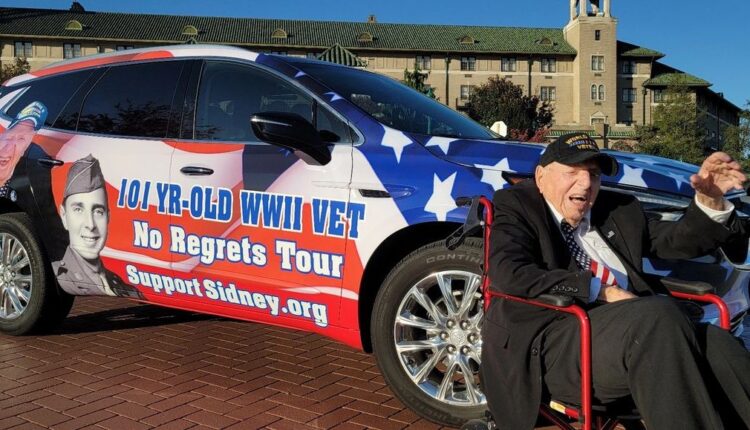 Family and friends of one of the last World War II veterans in the US are about to say goodbye to the 102-year-old San Diego resident Sidney Walton, who died on Saturday in Santa Monica with loved ones.

A procession from Los Angeles to San Diego will take place on Thursday in honor of the deceased soldier. The public is invited to join the 125 mile motorcade that will take Walton to El Camino Memorial Park, where loved ones and the public have an opportunity to pay their respects.

After a public visit to the open coffin, a private service and funeral will be held at which Walton’s close family and friends will bury the veteran alongside his late wife, Rena.

Walton, a longtime resident of America’s Finest City, was born in New York on February 11, 1919 and joined the US military at age 22 to “join the army to fight Hitler,” he said. Walton trained in chemical warfare and earned a degree in chemical engineering before being sent to combat overseas, according to his obituary.

After the war, Walton lived in New England for some time before moving to San Diego with his family in 1960.

In 2018 the veteran began his “No Regrets Tour,” during which he visited all 50 states and met all 50 governors to draw attention to the declining number of WWII veterans and their victims. On September 28, Walton visited Oklahoma and met with Governor Kevin Stitt as his 40th state visit prior to his death.

The procession for Walton is scheduled to begin at 10:15 a.m. at the Pierce Brothers Valhallah morgue in North Hollywood.

Some of the oil from California dissolves in ocean currents

‘An Arm and a Leg’: How One State Protects Patients From Hospital Lawsuits