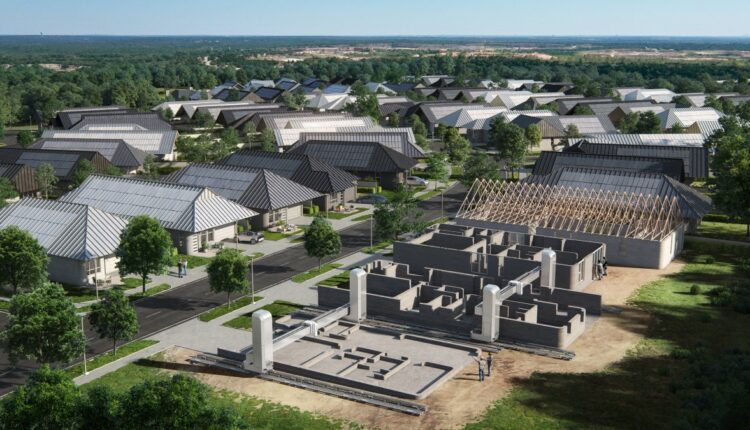 The groundbreaking ceremony for one of the world’s largest residential areas with 3D-printed houses is scheduled to take place in Texas next year.

The project, which is due to break ground in 2022, will include single-story houses with different floor plans designed by Bjarke Ingels Group.

According to Melodie Yashar, Director of Design and Building Performance at ICON, the wall system in every home is built from the company’s own cement-based material called “Lavacrete”. The material is stronger and more durable than traditional building materials and allows homes to withstand extreme weather conditions.

Once the walls of the first floor are printed with ICON’s Vulcan building system, roofs will be added and Lennar builders will add traditional building methods to the houses. The roof of every house is equipped with solar panels.

The construction system can create houses and structures up to 3,000 square feet that are built to the standard of the International Building Codes and are expected to last as long or longer than standard concrete masonry houses, ICON representatives said.

“Additive manufacturing has the potential to revolutionize the built environment as it is being adopted on a large scale by industry,” said Martin Voelkle, partner at Bjarke Ingels Group. “Through the partnership with ICON and Lennar, we can make this new technology accessible to the broadest possible audience. The 3D-printed architecture and the photovoltaic roofs are innovations that make essential steps to reduce waste in the construction process and to strengthen our houses more resilient, more sustainable and more energy self-sufficient. “

It is estimated that it will take about a week to build with the Vulcan system to 3D print the walls of each house, and ICON plans to have a fleet of five printers by 2022 serving the 100-household community, said Yashar.

According to ICON representatives, 3D printing technology produces energy-efficient houses faster than traditional construction methods with less waste and more design freedom, so projects stay on schedule and on budget. 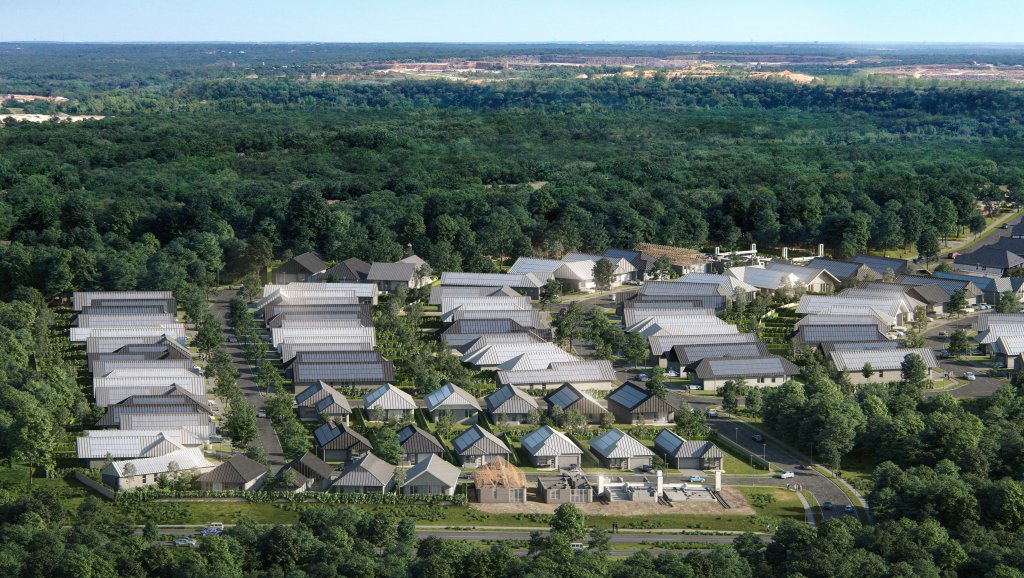 LENx, a branch of Lennar working to revolutionize the housing industry through innovation, has been designed and developed for fast and accurate 3D printing of numerous houses.

“Labor and material shortages are two of the biggest factors that make the dream of owning a home unattainable for many American families,” said Eric Feder, President of LENx. “Lennar has always pushed the boundaries of technological innovation to keep quality homes affordable, and 3D printing is an extremely encouraging approach. We look forward to working with ICON to develop solutions to emerging challenges in the years to come. “

According to ICON representatives, the neighborhood will be the largest of its kind in the world.

“ICON exists in response to the global real estate crisis and to bring our technology to the world,” said ICON Co-Founder and CEO Jason Ballard. “Building-scale 3D printing not only delivers higher quality homes faster and more cheaply, but printer fleets can also change the way entire communities are built for the better. The United States has a shortfall of approximately 5 million new homes, so there is an urgent need to increase supply quickly without compromising on quality, beauty, or sustainability, and that is exactly the strength of our technology.

Prices and move-in dates will be announced in 2022.

This isn’t the first time 3D printed buildings have made headlines in Texas. Earlier this year, the Texas Military Department unveiled a similar 3D-printed structure in Bastrop. 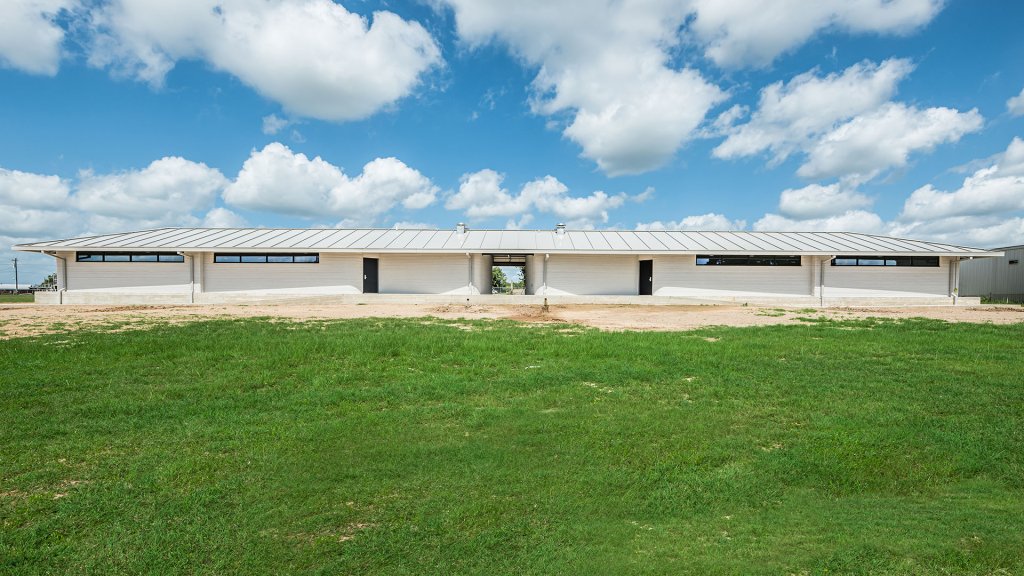 The military barracks at Camp Swift Training Center is more than 3,800 square meters and is used to train up to 72 soldiers and airmen.

“Texas has become a technological center of gravity within the country,” said Maj. Gen. Tracy Norris, Texas adjutant general. “TMD is proud to be a channel for the introduction of these innovative solutions to the military community.”

The Texas Military Department partnered with ICON and Logan Architecture to 3D print the barracks. 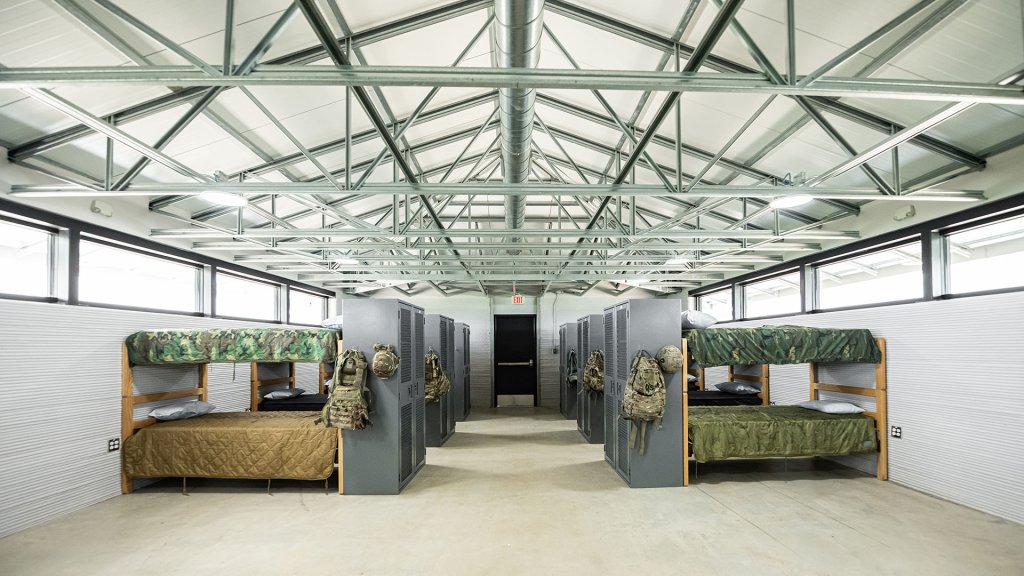 The company has worked with the Defense Innovation Unit and the United States Marine Corps to prototype structures, 3D print a community of 500 square foot homes in Tabasco, Mexico for local families in extreme poverty, and build the Chicon House, the first legal 3D – printed home in the United States.

Other developers across the country are working on similar projects. Several such 3D printed zero net energy neighborhoods are being built in Southern California by the Palari Group, a sustainable real estate developer based in Beverly Hills.

The Palari Group is building 15 eco-friendly 3D-printed homes on five acres in Rancho Mirage, an upscale community in the Coachella Valley. The developer is also building 77 eco-friendly homes on 23 acres in Desert Hot Springs, near Palm Springs.

According to the Palari Group’s website, the Californian developer also plans to build 3D-printed neighborhoods in the San Fernando Valley, Central Coast and Napa Valley.

At ICON, the construction company has its sights set on the use of its 3D printing technology well beyond the state of Texas.

The company has already started what it calls “out of the world”. ICON 3D printed a prototype rocket landing platform for NASA as well as a surface habitat at NASA’s Johnson Space Center in preparation for long-term missions to Mars.