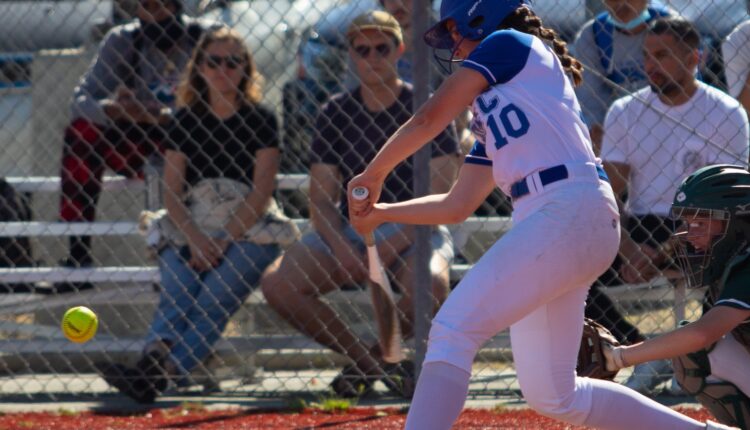 The softball team has traditionally played their home games at John Adams Middle School, which is located just south of SMC’s main campus on the corner of 16th Street and Ocean Park Boulevard. However, Tuesday marked the first time that the SMC Corsairs played on their home field in over two years since COVID-19 shut down sports in Spring 2020. The Corsairs’ last home game took place on Thursday, March 5, 2020 against Allan Hancock College .

The Corsairs lost to the Cougars 8-0, but that didn’t stop the team from having fun in their first home game of the season. SMC’s dugout was constantly energetic as cheers and enthusiasm could be heard during every pitch of each Corsair’s turn at batting. The ladies were simply happy to play a home game after so long.

“This is our first one in two years because we missed the last two years for COVID.” said Chris Druckman, Head Coach of the SMC Softball team.

“I had a lot of fun with my girls…I love my team.” Said sophomore Outfielder Malaysia Kelley after Tuesday’s game.

The general science major has been with the team since 2020 and was also on the bus with Druckman when she was notified of their 2020 season’s cancellation. “It feels great, I definitely missed playing in between those two years before COVID hit.” said Kelley when asked how it felt to finally play at home after two years.

Despite the loss, the Corsairs were very happy to be back and look forward to playing at home again.”It’s always better to play here,” said Druckman. “We’ve got a turf field so that’s a little bit of an advantage to us because everybody else is on dirt.”

Druckman was also very happy to see her team bring in about 20 to 30 fans and supporters to cheer them on. “It’s always nice to have the home crowd and a little bit of familiarity with the field,” said Druckman. “We love playing here.”

The next home game will take place on Tuesday, March 29, as the Corsairs will face the Moorpark College Raiders at 2:30 pm The rest of the Women’s Softball schedule can be viewed at the SMC Athletic’s Webpage.

In Los Angeles, an Architectural Home in the Hollywood Hills Lists for First Time for Nearly $2.3 million