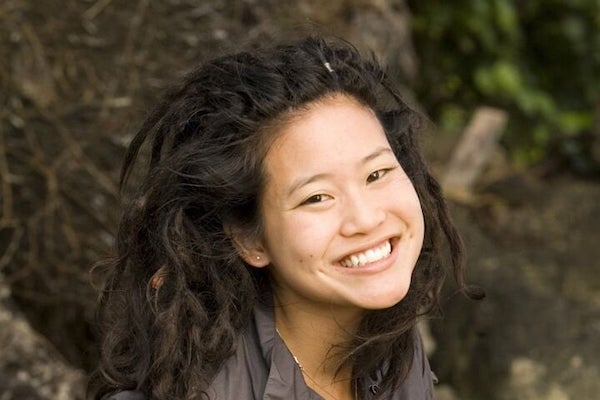 Michelle Yi, two other unnamed victims who were attacked in the 2nd and Arizona area

Michelle Yi, a former TV show contestant, “Survivor,” and two other unnamed victims were recently attacked in downtown Santa Monica by a Fresno woman on three counts of assault with a lethal weapon.

The attack happened at 6 a.m. on October 14th when Yi was outside the Platinum Pilates Studio, where she works near 2nd Street and Arizona Avenue. According to SMPD Public Information Officer Rudy Flores, a woman hit Yi with a metal pipe and prodded her with a reciprocating saw blade. The attacker was identified as Alexandra Diaz, a woman believed to be missing from her home in Fresno, California.

According to Flores, “there is no evidence that this was a hate crime. Unfortunately, the suspect suffers from a mental illness and seems to have stopped her medication. “

As reported by The Sun, one of the unnamed attack victims “tried to call 911 but apparently received a message that all operators were ‘busy’. A few minutes later they stopped a passing patrol car on the street. ”

The Santa Monica Office of Emergency Management made the following statement regarding these reports:

“A passerby called 9-1-1 before the injury occurred, which was received by dispatchers at 5:56 am, with SMPD units arriving at 6:01 am. The dispatchers received a second report at 6:00 am from a city employee and a third from the Pilates studio at 6:02 am when SMPD was on site. “

“If there are many calls at the same time, it can result in someone receiving a message that the dispatchers are busy and will stay on the line. To avoid this and achieve the city’s goal of answering 9-1-1 calls within 10 seconds, the dispatchers sort 9-1-1 calls quickly to identify the most urgent caller, ”the said Explanation further.

On Monday, October 18, the Los Angeles District Attorney filed three cases of assault with a lethal weapon against Diaz.

“The attack and the battery that took place in our city on October 14th and received widespread media coverage are unfortunate. I would like to extend my best wishes to all three victims for their speedy and full recovery. The lady who was arrested by the Santa Monica police at the scene has been arrested, is on remand and has been charged. There is some misunderstanding about the incident. The woman who committed the crimes had arrived from central California the day before and was reported missing from her home. Allegedly she was in psychological distress. The reports that some of the media ran today were also exaggerated, ”said Brock. “All cities in California need more urgent help for people with mental illness, wherever they live. I hope the governor’s office will provide that help. My thoughts and prayers go especially to the three Santa Monica residents who were attacked, and they have my prayers for their full mental and physical recovery. “