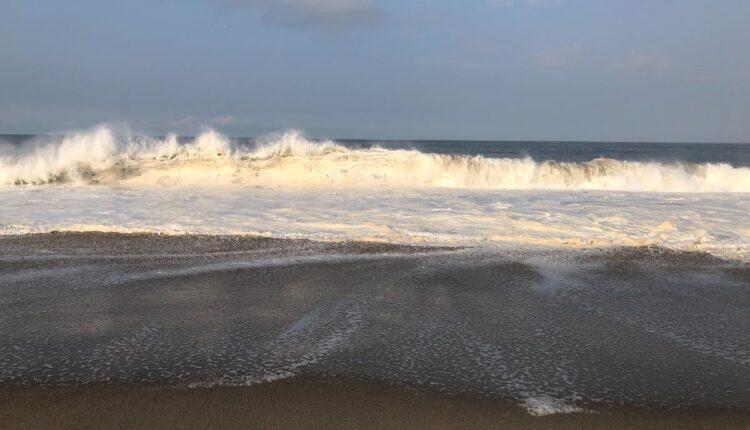 “There is an increased risk of ocean drowning,” according to NWS. “Rip currents can pull swimmers and surfers out to sea. Waves can wash people off beaches and rocks, and capsize small boats nearshore.”

Swimmers are urged to stay out of the water due to hazardous swimming conditions, or stay near occupied lifeguard towers.

“Rock jetties can be deadly in such conditions, stay off the rocks,” the NWS reports.

Winds heading to the Coast

A windy pattern is heading to Southern California this weekend. Winds will be the strongest in southern Santa Barbara County, the Antelope Valley and the coastal waters.

Gusty winds up to 25 and 35 mph are expected along the coast, with winds up to 45 mph in the mountains and desert through Monday. Winds could reach up to 60 mph Saturday and Sunday in mountain regions.

Little change is expected in temperatures through Saturday then a cooling trend Sunday through the middle of next week, according to the NWS. Highs will be in the 70s through Monday and temperatures could hit the low 80s Friday in Los Angeles County.