Will the “terrible” traffic situation in the SoFi stadium ruin the LA Super Bowl? 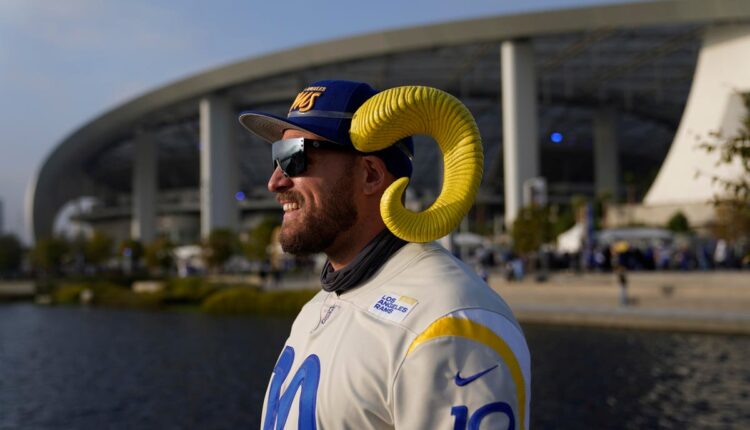 The National Football League Super Bowl will be played on February 13, 2022 at SoFi Stadium in Inglewood, California. The stadium is new, the weather should be nice and the stadium’s open layout could alleviate some COVID fears.

Even if many football and music fans travel to SoFi from long distances, the big game could mark the start of LA’s comeback as a major travel destination. Despite concerns about COVID affecting both NFL teams and fans, the Super Bowl could bring 150,000 outsiders and $ 477 million to Los Angeles. Maintaining the health of residents and visitors during COVID is clearly an issue, as is the readiness of local hotels and other tourist infrastructures battered by the pandemic. Then there are the notorious parking and traffic problems at the SoFi stadium.

Super Bowl Sunday is a high roller holiday that draws crowds of private jets and their owners. The 2020 battle between the Kansas City Chiefs and the San Francisco 49ers in Miami, shortly before the arrival of COVID-19, resulted in 1,946 private jet fly-ins.

This year’s Super Bowl at SoFi can appeal to a similarly upscale audience. This week, the cheapest Super Bowl tickets on SeatGeek were Upper Level Endzone seats for $ 6,957 each, including $ 1,672 in fees. That’s before food, drink, transportation, or side events like the Maxim Super Bowl party with tickets for $ 2,382 each.

Los Angeles restaurants, shops, and luxury hotels like the Fairmont Century Plaza are hoping for a godsend, if Omicron allows it. SoFi has a capacity of 70,000, which can be expanded to 100,240 for special events like the Super Bowl or the 2028 Olympics.

With local COVID regulation allowing SoFi to open at full capacity in the summer of 2021, it was a commercial hit, hosting four sold-out nights of the K-pop boy band BTS, the Rolling Stones, and the Los Angeles Rams and Chargers NFL games .

Mick Jagger, second from right, and Keith Richards, right, of the Rolling Stones share the vocals during … [+] The band will perform at SoFi Stadium in Inglewood, California on Thursday, October 14, 2021. Left is tour drummer Steve Jordan. (AP Photo / Chris Pizzello)

However, the huge stadium has caused a multitude of traffic and parking problems for visitors and residents alike. As Inglewood resident Adán Gonzalez, 22, put it: “The entire traffic situation cannot be emphasized enough, it is appalling.”

The size of the crowd, efforts to protect the surrounding neighborhood with parking tickets (which don’t prevent cars from clogging the streets) and the “limited traditional on-site parking at SoFi make improving transport logistics imperative.

The SoFi stadium was completed in 2020, privately paid for by Rams owner Stan Kroenke. Originally set at $ 2 billion, it cost $ 5 billion, making it the most expensive stadium ever built in the United States.

According to SoFi Stadium By the Numbers, SoFi is 3.1 million square feet on 298 acres (three times the size of Disneyland) and is 30 feet below the surface to route the nearby Los Angeles International airport.

Parking problems were originally reported in August when the first events occurred after the lifting of the COVID capacity and social distancing rules. Massive traffic jams on match days and blockades in residential areas seemed to be an Achilles heel of the beautiful new stadium.

Nevertheless, I wanted to go to events at SoFi with my family in the fall. Despite COVID (proof of vaccination or negative test required) we attended three: the Rams Buccaneers game in September, a Rolling Stones concert in October and an important Chargers Chiefs game in December.

Unfortunately, our experience suggests that the traffic situation has actually deteriorated. We tried three different approaches to get to the stadium. Each was extremely angry, and the last one completely spoiled a father-and-son NFL experience.

For the Rams game, I drove out of the San Fernando Valley to meet my older son in Venice, CA. We took an Uber from Venice to Inglewood, a 10 mile $ 71 ride. Because of traffic jams, the driver let us out on a congested residential street. We walked the last mile to the stadium. After the game we tried to get an Uber but couldn’t because the drivers were avoiding the area. Instead, we took two buses that took an hour and a half to break out of the stadium traffic jam and take us back to Venice.

INGLEWOOD, CALIFORNIA – SEPTEMBER 26: Tom Brady # 12 of the Tampa Bay Buccaneers on the sidelines … [+] in the first quarter of the game against the Los Angeles Rams at SoFi Stadium on September 26, 2021 in Inglewood, California. (Photo by Harry How / Getty Images)

Six of us went to the Rolling Stones. We had a $ 60 spot on-site at Brown Lot and another about a mile away. It was extremely stressful to get through the intense, poorly managed traffic on site, but we successfully parked a short walk from the stadium. However, after the show ended, we waited more than an hour to get out of the parking lot. My son and his girlfriend went to their $ 60 seat a mile away and waited even longer.

It didn’t get any better three months later. In fact, our December experience was hands down the worst. My younger son and I parked in a parking lot near LAX and took the SoFi shuttle to avoid the issues above. In the rain it took more than half an hour from the parking lot “nearby” to the stadium, so we missed the first quarter.

The 5:20 pm game went into overtime and the Chargers suffered a traumatic defeat. On the way out, none of the SoFi employees could tell us where the buses were.

We ended up waiting in a confused group of hundreds of angry, unmasked people in the rain, with no social distancing. The traffic manager said something about not being able to get buses because of the overtime game. However, the game ended before 8:50 p.m. and we didn’t get on a bus to the secluded property until after 10:30 p.m. My son has not yet received a promised $ 52 parking refund.

Another new venue, the 65,000-seat Las Vegas Raiders Allegiant Stadium, has just 2,200 on-site parking spaces. Allegiant experienced significant traffic, accessibility, and parking issues when it opened at full capacity in August, compounded by the over 100-degree heat in Nevada. Still, Allegiant, slated to host the Super Bowl in 2024, is only about a mile walk from the Strip, can be reached on the popular Deuce bus, has plenty of ridesharing and taxis, and has 35,000 parking spaces within a mile.

If SoFi doesn’t fix its traffic problems by the Super Bowl, hopefully the kinks will be ironed out by the 2028 Olympics.