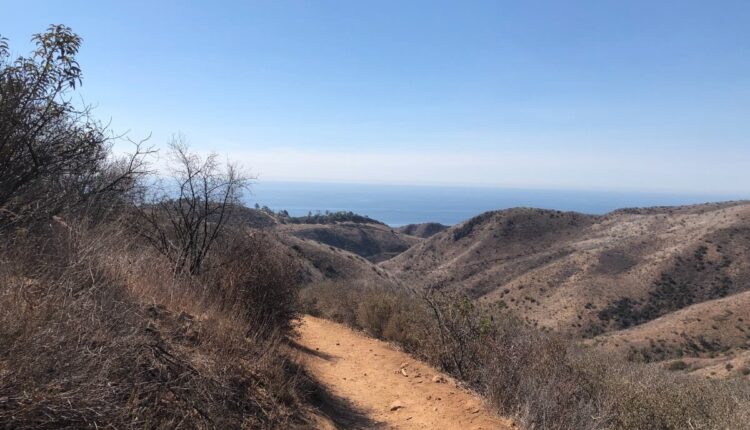 SANTA MONICA, CA – In the next step in creating its own potential school district, Malibu City officials pushed for separation from the Santa Monica-Malibu Unified School District Wednesday night, alleging “neglect” by the district.

Residents of both cities voiced their grievances in the petition, citing funding concerns, citing what might happen to students of Santa Monica and the district if Malibu leaves, and highlighting a possible racial segregation affecting the two communities could concern.

A fairy tale about two cities

Geographically, Malibu and Santa Monica are 18 miles apart. Some argued that the cities were radically different: one rural and the other a city.

In September, the Los Angeles County Office of Education’s business advisory department wrote in a preliminary report that the Malibu petition failed to adequately meet eight of nine conditions the district committee uses in evaluating the proposal during its regular review process.

District officials argued that Malibu’s proposal failed to address the low school enrollment and population decline in the rural city.

“This is a demographic trend. This is an aging community and the birth rate is expected to decline,” said Shin Green, a district tax advisor.

There are currently only 921 students enrolled in Malibu schools, reflecting the demographics of the city and the declining population trend in the region.

“No surprise here, something that has been happening across California for a few years but is much more pronounced in the Malibu area,” said Green.

Enrollment in Malibu has decreased by 5 percent each year. In Santa Monica, enrollments are declining 1 percent per year, Green said.

The largest population decline was among elementary school students, with a 6.5 percent decline in grades K-3.

“To put it bluntly, 63 percent of Malibu’s population is over 45 years old and is not very likely to have children, so birth rates have declined over the period we are discussing,” Green said.

Not enough young families and children could feed a district in Malibu, he argued.

“Residents between the ages of 20 and 34, the prime of childbearing years, make up only 11 percent of the total population of the city of Malibu,” said Green.

Families are not moving to Malibu, he added.

“The city of Malibu is not a place for young families to move in, so enrollments have not increased as the existing population is aging and no longer producing children,” added Green.

A potential low-end estimate in Malibu is 670 students in the future, which does not meet Criterion # 1 under the Los Angeles County Committee on School District Organization’s review process.

At the virtual meeting on Wednesday, Malibu City Interim Manager Steve McClary went through each of the rejected criteria and touched on many of the key concerns of Malibu City staff and voters.

Many members of the Malibu public and city guides said that much of the decline in school enrollment in Malibu was due to poor conditions at Malibu schools and that enrollments would rise again after the breakup.

“I hope the committee has noticed that some of the decline in enrollments is directly related to district action,” said Christine Woods, assistant city attorney for Malibu.

Members of the public and city officials also complained that the district was not responsible for the 2018 Woolsey fire that displaced many Malibu residents.

“I am also a survivor of the Woolsey Fire and find it a bit offensive that the fire and its impact on our community were ignored by the district’s presentation of the Malibu registration data. Our church is still building and families are still returning, ”Dana said. Groulich, a Malibu parent and business owner.

Groulich reluctantly moved her children to private school after – like many other Malibu public speakers – she was discouraged that Malibu was not represented on the district’s education committee. The seven-member board currently has only one representative from Malibu, Craig Foster.

Superintendent Benjamin Drati, Ph.D. described concerns about equity and racial segregation and questioned whether a Malibu district would preserve the diversity that the district has established. He also argued that special education and lower-income, Latinx and black students would be primarily affected by a breakup.

Drati said it was “worrying” that Malibu had not established an education plan for the proposed district or explained how it would train special education students.

“Given the history of systemic and structural discrimination in this country that has even touched the education system in the form of rich, affluent, and mostly white communities shedding larger districts while taking away community resources for public education in the region.” or district, “said Drati.

“This is happening across the country and even in our own state of California. It is being proposed by the Malibu City Council,” said Drati.

One of the richest counties in the United States?

If Malibu split up, a potential Malibu district could become one of the richest districts in the United States, district officials argued.

A central concern of the Malibu representatives was the review process of the education bureau. Malibu Councilor Mikkie Pierson accused the office of failing to adequately take into account the data and information presented by Malibu in its April petition and preliminary feasibility study.

In addition, Pierson said Malibu’s inability to have direct contact with the committee or its advisors worries the city.

“The city submitted hundreds of pages of material, some inconsistent with what is being provided in the LACOE,” and School Services, a consultant who performed a tax analysis of the proposal report, said Pierson. “So I ask, if your staff and advisors are unsure what our proposal is or disagree with our financial assumptions, how can you, the district committee, properly evaluate our proposal?”

Malibu City officials turned to the District Education Bureau’s preliminary examination of the city’s petition, which found that eight out of nine criteria used to assess the petition in the committee’s regular review process were inadequate.

“Our students shouldn’t have to suffer any longer,” said Karen Farrer, Malibu city councilor, who has worked on efforts to create a separate Malibu district for over a decade.

The California Department of Education has the final say. If it approves the proposal, the matter goes to voters to approve the creation of a Malibu district.

Within 120 days of Wednesday’s public hearing, the district committee will collect data and prepare a feasibility study on the petition, the district education bureau said.

Within 120 days of the feasibility study being drawn up, the district committee will decide whether to forward the petition to the California Department of Education based on the nine criteria the District Education Office used in its preliminary report.

If the district committee approves the petition, the State Department will hold a public hearing and decide whether to approve the proposal.

The process could be lengthy, Deegan said. With current waiting times and departmental processes, the petition could drag on for another five years.

The Malibu City Council wants to move the process forward.

The city of Malibu is advancing planning for an independent school district by embarking on a Community Visioning Project to define community values, the city said in a statement on October 29.

Malibu City officials distributed a poll to community members to determine the “values” of a potential new school district.

The results of the ongoing visioning project will include the survey results and focus groups, and address the sixth criterion of the District Education Bureau’s review process.

The Malibu proposal did not adequately meet these criteria in the county preliminary review given financial concerns about a potential Santa Monica school district.

The report said Malibu has not sufficiently demonstrated that the split will be financially balanced or that it will not increase school housing costs or affect the financial status of the resulting counties. The results concluded that the proposed division would cause significant financial damage to a resulting Santa Monica school district.

“The funding disparity between the two districts would be large, and the losses the remaining Santa Monica USD would incur would undoubtedly impact the educational programs currently offered to students within the current Santa Monica-Malibu USD,” the county said Office of Education reads in the report.