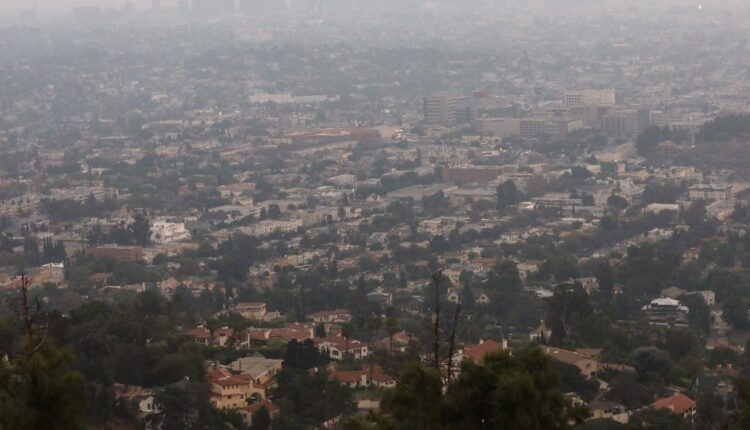 Local residents should call 9-1-1 if they can identify the location of the fire but are not reporting general smoke, Los Angeles Fire Department spokesman Brian Humphrey said.

That’s because the smoke from forest fires comes hundreds of miles north of Southland.

“The bulk of the fires they attribute it to are the Windy Fire as well as the KNP Complex Fire,” said Humphrey. “These fires are both located in the central part of the state and are believed to cause the majority of the smoke.”

At 3 p.m. on Thursday, the counties of Los Angeles and Orange shone in an orange glow as the smoke from wildfires at high altitudes darkened the sun. At higher altitudes, the smoke has fewer health effects.

The National Weather Service is monitoring the situation to determine when a shift in the pressure systems can help clean the air.

“Forest fires in central California produce heavy smoke moving south toward the South Coast Air Basin. While the heaviest upper-atmosphere smoke will be in the region, it will affect surface air quality in the San Bernardino, San Gabriel, and San Jacinto Mountains, “warned the SCAQMD.” To keep indoor air clean during periods of poor air quality , close all windows and doors and run your air conditioning and / or an air purifier. If possible, avoid using whole house fans or sump coolers to bring in outside air. “