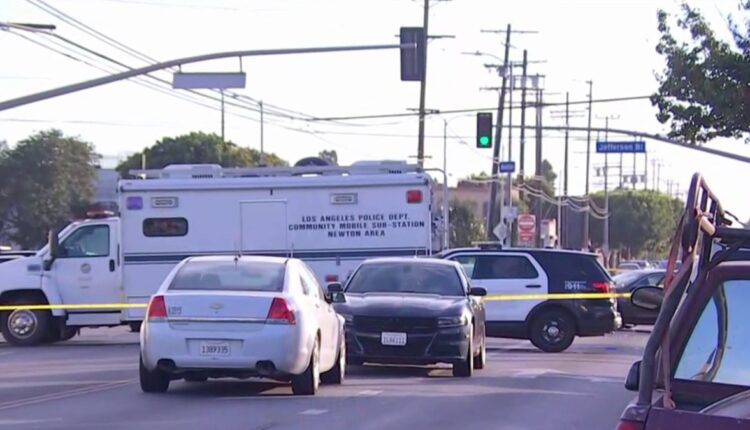 A woman died Tuesday Wednesday after a shooting and a subsequent road traffic accident in South Los Angeles.

LAPD official William Cooper said a report of gunfire was taped by Los Angeles police around 10:50 a.m. on 21st Street and Central Avenue.

Shortly after this report, a crash occurred on Jefferson Boulevard and San Pedro Street, in which one person died, Cooper said.

The investigation continued and it was unclear whether the deceased died from the shooting or the traffic accident.

The woman died on the scene and the person’s name was withheld pending notification to the next of kin.

A suspect, the driver of the other vehicle, fled the scene, Cooper said. He is described as about 5 feet 9 inches tall and weighs an estimated 240 pounds.

He drove a 2001 Toyota with front damage. The car’s California registration number was 7NGA480, Cooper added.