Why do the homes in Selling Sunset have so many bathrooms? 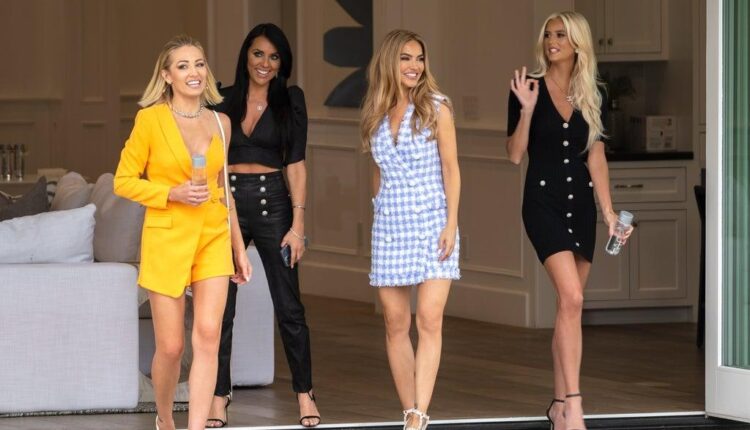 Five bedrooms and … seven bathrooms? Netflix Selling Sunset viewers have been scratching their heads over and over because the space to washroom ratio in many of the properties for sale is clearly mismatched.

For the uninitiated, the reality show follows a group of ultra-glamorous real estate agents selling homes in the Hollywood Hills, Malibu, and the San Fernando Valley. Its combination of incredibly expensive features and endless fights between agents kept viewers captivated for four seasons.

She was also amazed by how many bathrooms the rich and famous need.

We also see Chrishell Stause, one of the agents, show Simu Liu, the star of Marvel’s new movie Shang-Chi and the Legend of the Ten Rings, a house that has four beds and six bathrooms for $ 9.75 million ( 7.3 million pounds). .

Stause itself buys a four bedroom, four and a half bathroom home for $ 3.4 million (£ 2.5 million) during the season.

Although we long for these luxury homes, one very big question remains: Why do all these homes have more bathrooms than bedrooms?

The dilemma isn’t limited to reality TV. Last year, Prince Harry oversized his living situation when he moved from the five-bedroom Frogmore Cottage in Windsor to the nine-bedroom, 16-bathroom house he shares with Meghan Markle and her children Archie and Lilibet in LA.

According to data experts at LABC Warranty who analyzed property sites like Rightmove and Zoopla, the average home in the UK has three bedrooms and one bathroom.

For comparison, the US Census Bureau states that 47 percent of the 648,000 single-family homes built in 2015 had more than four bedrooms, while 38 percent had more than three bathrooms – that’s almost one bathroom for each bedroom.

It’s a question that has been asked on forums like Quora, with users responding as the reason for their three-bedroom, four-bathroom home that there can be a bathroom on each floor of the house and a private bathroom in the master bedroom.

A Twitter user suggested that the reason for having multiple bathrooms could be because people in the house don’t have to share bathrooms, citing the episode of Sex and the City in Mr. Big’s house in which Carrie is embarrassed going to the bathroom.

So what’s the real reason? It has to do with size and status.

“Over the past half century, studies have shown that the number of bathrooms per American household has doubled,” We Buy Any House’s Bruna Pani told The Independent.

Pani says the fact that America has more land mass than Britain is the reason the US tends to build bigger houses.

“The bathroom has become an extremely desirable space in the property market and while UK homes may not have the same ability to incorporate multiple bathrooms, we are certainly trying to make it one of the most attractive areas of our property,” Pani explains.

“It adds value to your home and the idea of ​​having a bathroom for yourself, your spouse, your children, etc. reinforces the idea of ​​luxury, hygiene and privacy.”

Are multiple bathrooms the epitome of luxury? Maybe. But it also sounds like just more rooms need cleaning.

How much idle technology is there in UK households?

The unexpected spaces that British decorate for Christmas

How much idle technology is there in UK households?

The unexpected spaces that British decorate for Christmas

According to police, four storefronts were destroyed in break-ins in Burbank