WHO IN THE STERN WILL RYAN? 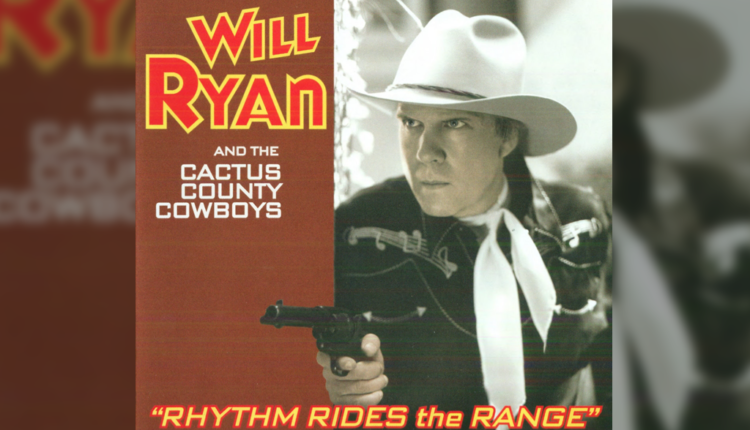 No, that is the nickname of the revered voice actor Mel Blanc. A master. But Will Ryan bought Mel’s piano (one of three in his 15-year-old Santa Monica home) at auction, and while Blanc is now recording in the sky studio, Will is still with us and could still zoom in on “1000 voices” . “Um – what day is it today? But Ryan seems to have 1,000 other talents too.

He does not claim to have mastered the piano, but composes songs there. But he can play almost anything with strings, prefers the ukulele for its portability and modest profile, and can create a new song, music and words on the spot.

HE IS THE VOICE OF PETRIE IN “LAND BEFORE TIME”

“There’s a whole generation that grew up with this movie,” said a friend, “and I saw people go nuts when they found out he was Petrie.”

Ryan grew up in Cleveland and is and still is a comic book enthusiast. He’s got quite a collection. “Will is so old-fashioned about everything,” said a friend. “He’s always loved writing letters and people love getting them. I heard he wrote to Marvel Comics as a kid about how much he loves this new character Spiderman who signed Billy Ryan, and they printed him, I believe in issue # 2.

There he formed a duo with Phil Baron, Willio and Phillio. They wrote and recorded wicked songs that Dr. Demento from KMET attracted attention, which in its heyday was worn by all major radio stations in the country and also overseas. He liked “Goin ‘Quackers” and played “I Wish It Could be Christmas All Year Long” seasonally. W&P have two albums and three EPs / singles.

A friend told me that Ryan was dying to go to Disneyland as a kid, but was told it was too far away, by plane, too expensive. Shortly after landing in LA, he befriended some Disney animators (he’s an accomplished artist) and was soon composing songs for Disney’s, some really good ones, he says (which they own the rights to, he adds ) and soon became one of her top voice actors too. And – his voice was used on the Pinocchio ride at Disneyland. Did it!

In the mid-1980s I had a memorable interview with the good Dr. in his large house in Woodland Hills, which served as a reception and warehouse for his incredible record collection. There was no kitchen equipment in the kitchen; the cupboards and drawers were all filled with records. Several young acolytes were constantly walking around opening packages and placing the amount of vinyl he received daily from around the world on floor-to-ceiling rows of shelves. My vinyl collection (7,000) would have fit in a bathroom. It would never have occurred to me that one day I would befriend one of the guys whose records are among the 250,000 denials. (I’m sure that number is much, much higher now.)

Decades later, Ryan indulged his love of Western music by forming the combo Cactus County Cowboys and hiring mother-daughter singers whom he called the Saguaro Sisters. Ian Whitcomb (“You Really Turn Me On”) was a British hitmaker of the mid-1960s and an authority on American music. He was a longtime friend and recorded on these CCC albums (on accordion). Will wrote all the songs, of course. I think if you find a dictionary with the word “productive” anywhere, his smiling face will be there.

MEMBER OF THE ACADEMY

– You know, the Oscars, for many years. No small thing. Not only do you need to have substantial credit, you need to keep producing. He was also elected President of ASIFA, the international animation organization. His “Elmo Aardvark: Outer Space Detective” received the prestigious Annie Award for best web animation series. But Will never sees a project as complete; he wrote and then recorded two music albums sung by VaVa LaVoom (Diane Michelle), captain of the Salubrious spaceship. Ryan created a whole backstory for Elmo like he’s a longtime animation star who can take on Mickey Mouse (but he had better PR).

He is the hero in “Thumbelina”. Peg Leg Pete (one of my favorites). Enter “American Tail”. Willie the Giant in Mickey’s Christmas Carol. Seahorses, in “Little Mermaid”. Footless in “GI Joe”. And more than 30 years as Eugene in “Adventures in Odyssey”.

It’s a good bet that every single person in Santa Monica has heard the voice of Will Ryan, whether they’re acting or singing.

The legend June Foray was his longtime close friend who worked well into her 90s. Rocky the flying squirrel plus Natasha plus Nelle. ‘Nuff said. However… we might just have to add “Living Doll” to Talking Tina / Twilight Zone – a terror classic!

HE WAS FRIENDS WITH HUGH HEFNER TOO

And was often a guest at the Playboy Mansion, where they lively discussed films and music. And friends with Milt Larsen and can often be found in the magic castle. Can Ryan do magic?

I think all his creative life was magical. He has assembled a unique, high profile, long lasting and most unusual career. But he shines many times brighter for the loved one he is.

That’s the trick. No less in cutthroat showbiz. They don’t award statues for this, but everyone who was lucky enough to kick this cowboy tumbleweeds or shoot into space with VaVa LaVoom or clap their overalls with Klum and Rooby knows that they were privileged and probably inspired by one completely different, remarkable, rare Hollywood type. When you’ve done all of that and hung out with everyone, but your friends all first notice your kindness and generosity, humility and elfin smile, and it seems your most important mission is to help others stand out in show business – you have done it right.

A friend thought for a long time to find the right words. “He’s a real gentleman,” she finally explained simply. Will Ryan is a vegetarian who neither smokes nor drinks, doesn’t take drugs or even grumble (“damn” is the only ** ck word you will hear from him), although he has a passion for politics and many other things . like the environment and healthcare for everyone. And he always insisted on paying anyone who works on one of his projects.

Another close friend said: “Will was the biggest name dropper I ever knew, but he doesn’t make ego, he has a great personal story for every name.”

When he was making a number of vaudeville films with Biffle and Shooster (Ryan), she was playing at the Egyptian Theater in Hollywood, and Leonard Maltin came along. How many movies and videos? How many books? Original songs? I’m sorry, I just can’t count high enough. You really should look it up on IMDB and a few other places. But remember that his age is really wrong and he stopped himself from changing it. Help anyone?

Santa Monica’s own Will Ryan may not have a name like Jackson Browne or Tom Hayden or Sean Penn. But he’s a bright comet still shooting through the creative universe, and we are all lucky to have it here. Sorry Cleveland.

Charles Andrews has lived in Santa Monica for 34 years and would not live anywhere else in the world. For real. Send love and / or rebuke to therealmr[email protected]