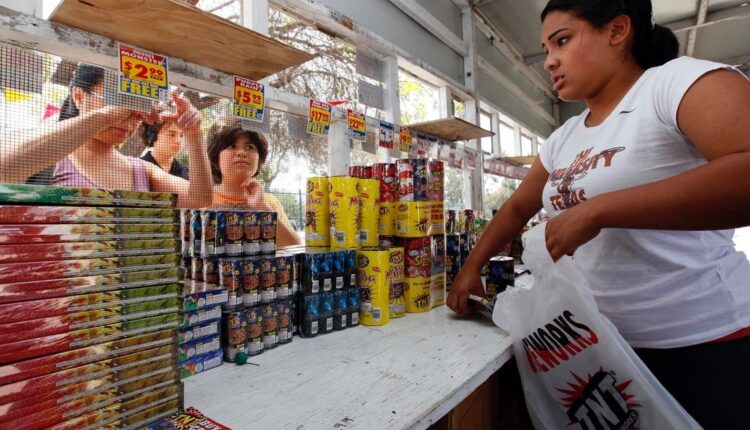 SANTA MONICA, CA — Despite the historic drought and risk of wildfire, there are still hundreds of California cities that allow residents to set off “safe and sane fireworks.”

Santa Monica is not one of them.

The sale or possession of any kind of fireworks, including the state-approved kind, is classified as a misdemeanor offense in unincorporated Los Angeles County and punishable by fines of $1000 and/or six months in jail.

Residents who want to buy or set off fireworks still have options, however.

Starting Tuesday, 296 California communities are allowing authorized vendors to sell fireworks authorized by the State Fire Marshal, known colloquially as “safe and sane fireworks.” Approved retailers will sell the fireworks from June 28 until July 6, though some cities may limit that to shorter time windows.

“Safe and sane” fireworks are usually benign sparklers, but generally they are more defined by what they’re not than what they are. They are any type that the Fire Marshal does not categorize as “dangerous,” and all display an official Fire Marshal seal of approval. To be ruled “safe and sane,” fireworks:

Across California, penalties for selling, possessing or transporting illegal fireworks that do not carry the official seal can be as high as $50,000 and include up to a year in jail, according to Daniel Berlant, Cal Fire’s Deputy Director of Community Wildlife Preparedness and Mitigation.

Most of California’s major cities ban fireworks, including Los Angeles, San Francisco, all of San Diego County, all of San Mateo County, and San Jose. Somewhat surprisingly, approved fireworks are permitted in Sacramento.

However, several cities near Santa Monica allow sales of safe and sane fireworks. Just don’t bring any back home.