When the Beatles came to Gainesville 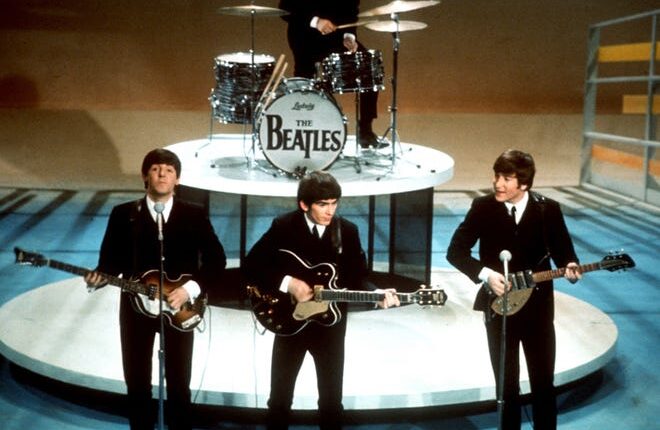 The Beatles didn’t really come to Gainesville. You probably knew that. But that hasn’t stopped many of us from behaving the way they did.

Starting with their appearance with Ed Sullivan in February 1964, through the continuous airplay and the arrival of their albums to the film “A Hard Day’s Night” and then “Help”, the Beatles always came to Gainesville.

I was in sixth grade and immediately wanted a guitar. I wasn’t the only one. Ask any Gainesville musician my age and chances are the Beatles got them, one way or another, playing, spinning and screaming that rock and roll music, staring at the girl, sitting across the classroom thinking, “I want to hold your hand. ”

And not just musicians. I have vivid memories of the girls who went crazy on albums and Beatle cards. I admit, in seventh grade I didn’t understand her reaction. But really, who of us seventh years understood girls?

But if girls dig up the Beatles, could they dig up local musicians? Could we compete with the soccer players?

I have clear memories of many of us standing in line (or howling?) In the canteen: “We all live in a yellow submarine”.

Some of us started forming bands inspired by the Beatles. And here’s the thing: There wasn’t a model, except for the Beatles and other bands we’d seen on TV or who might already existed on location.

Forming a band was not an adult-supervised activity. There was no manual. It wasn’t like the Boy Scouts or the Little League or anything organized that already existed in the culture. This bravely went where few had gone before.

Seeing the Beatles, then seeing local bands like the Maundy Quintet, the Secret Agents, the Continentals made some of us feel like we could do it too.

It was a challenge. Learn the instrument that is not taught in the band. Learn songs from records, listen to them over and over, and then stop and start to hear that part all over again. Get the equipment: an amplifier (and remember to plug it in – I’m not kidding).

Find out the dynamics of your band: is there a leader? Is it a collective? How often are rehearsals? How are decisions made about which songs to play?

These are not trivial questions. If you watch Peter Jackson’s documentary Get Back, you’ll find that these questions, sometimes unresolved, unanswered, permeate the rehearsals of the Beatles as they prepare for something – they haven’t even agreed on what.

Learn songs and more songs, choose a band name (!) And hunt for gigs.

My band, we weren’t that good. We could do Midnight Hour and some Stones songs, but we didn’t have the vocals to make Beatle songs. I remember playing at a Rockefeller for President rally in 1968 in the Plaza of the Americas on campus. He was late so we had to start repeating songs. A guy in the crowd with a menacing face held up a sign: If you play one more song, I’ll kill you.

Yes, some of us have been in bands that were very good. The Epics, the Centurys, the Certain Amount, Beloved, the (original) riff come to mind. Others of us had to endure snares and arrows until we felt better. (My band got better and ended up playing regular high school dances and fraternities.)

When I saw Jackson’s Get Back, as millions have already done, I couldn’t help but think about how the documentary reflected the fundamentals of being in a band. It’s the same whether you’re in your garage or a recording studio, unknown or a local band or a band whose story changed history.

You have to tune your guitar, figure out the song and the arrangement, and then work on it and keep working on it. Work on the lyrics. Change them if necessary. Throw some out. Mumble a few syllables until you find the right words.

And keep the humor. Humor runs through Jackson’s documentary, and it runs through every band I’ve ever been in or worked with.

We all know several musicians left Gainesville for LA and did well. Others stayed here or spread out, some played something regularly, others made it more of a hobby. Local bands born on the Beatles play every weekend.

Given the impact they had, it’s hard to imagine a world without the Beatles. And though all things must perish, some things live forever through others.

Gary Gordon played in bands in Gainesville and Los Angeles and produced an annual festival in Santa Monica, California for 17 years.

Send a letter to the editor (up to 200 words) at [email protected] The letters must contain the full name and place of residence of the author. For more guidelines on submitting letters and lengthy guest columns, see bit.ly/sunopinionguidelines.