What’s on TV this week: Simple as Water and the American Music Awards 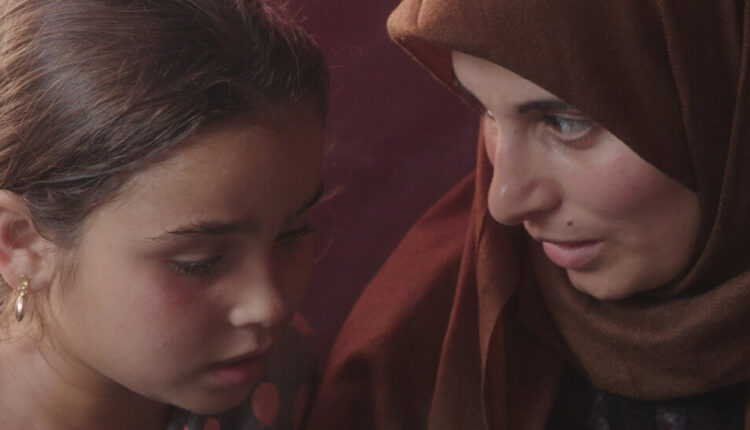 Between network, cable and streaming, the modern television landscape is huge. Here are some of the shows, specials, and movies that will hit TV this week from November 15-21. Details and times are subject to change.

HOLIDAY BAKING CHAMPIONSHIP: GINGERBREAD SHOWDOWN 9 p.m. in the Food Network. There can hardly be a culinary situation that is more intense than baking for blood relatives. Food Network nods to that fact with this Christmas baking competition show that challenges participants to create snow globe scenes out of shredded coconut and gingerbread on Monday evening.

SIMPLY LIKE WATER (2021) 9 p.m. on HBO. In this ambitious documentary, Oscar-winning documentary filmmaker Megan Mylan provides a complex, intimate insight into the effects of the civil war in Syria on families. Mylan follows a number of Syrian families whose lives have been changed by the war. Including a woman and four children who live in a refugee camp in Greece; a man who works as a delivery driver in Pennsylvania while seeking asylum for himself and his younger brother; and a husband and a wife in Masyaf, in northwest Syria.

“These stories avoid banalities by dwelling on the daily, humble routines of their characters,” wrote Claire Shaffer in her review for the New York Times. The result, according to Shaffer, is a film that is “far from easy in terms of its technical achievements, interweaving familiar immigrant narratives in a way that still manages to surprise and astonish”.

HARRY POTTER AND THE PHILOSOPHER’S STONE (2001) 6:30 p.m. on Syfy. This first film in the Harry Potter series hit theaters 20 years ago this month. The film made its three young stars Daniel Radcliffe, Rupert Grint and Emma Watson into celebrities and defined the appearance of the so-called wizarding world in which the stories take place, which until then only existed in the imagination of the readers.

In a recent interview with The Times, Radcliffe recalled the filming of the film. He enjoyed looking back on some elements, such as the use of practical special effects (“one of the great things about the early days of the movies,” he said). Memories of, shall we say, broom riding came with a twitch. “It was a broomstick with a thin seat in the middle, and you had no stirrups – or if so, they were very, very tall,” explained Radcliffe, “so you basically leaned your entire weight on your scrap when you walked up leaned forward. “

The story in “Boogie Nights” is about a young man, Eddie (Mark Wahlberg), who was discovered by a successful pornographer (Burt Reynolds) and became a star in the late 1970s. The film, Anderson’s second feature film, was how many viewers first discovered Anderson. In her review for The Times, Janet Maslin wrote that Anderson’s “talent display is as big and exuberant as Heavenly Writing.” Everything about Boogie Nights, she wrote, “is interestingly unexpected.”

HIGH FEAR (1977) 10 p.m. on TCM. Mel Brooks parodies Hitchcock as both director and star of this satirical mystery film. Brooks plays a fearful psychiatrist accused of murder. The doctor’s striving to clear his name makes Brooks play scenes from “Vertico”, “Psycho”, “Spellbound” and “The Birds” with the same angry humor that he used to great effect YOUNG FRANKENSTEIN (1974), which broadcasts TCM at 8 p.m.

Five films to watch this winter

LARGE PERFORMANCE: SAN FRANCISCO SYMPHONY REOPENING NIGHT 9pm on PBS (check local lists). The current music director of the San Francisco Symphony, Esa-Pekka Salonen, was finally greeted in person last month as he conducted a reopening concert featuring contemporary dance company Lines Ballet and jazz star Esperanza Spalding, as well as works by John Adams, Alberto Ginastera and Wayne Shorter. This PBS broadcast is based on a recording of this concert that was performed in front of an audience at the Louise M. Davies Symphony Hall in San Francisco. For those who saw Salonen’s virtual debut last year, it’s a step towards normal.

2021 ROCK & ROLL HALL OF FAME INTRODUCTION CEREMONY 8 p.m. on HBO. This year’s Rock & Roll Hall of Fame additions include Tina Turner, Carole King, the Go-Gos, Jay-Z, Todd Rundgren, LL Cool J and Foo Fighters. The ceremony to honor her, held in Cleveland last month, brought together an equally impressive number of cast members who speak – and sometimes sing. Among them were Paul McCartney, Taylor Swift, Angela Bassett, Dr. Dre, Eminem, Drew Barrymore and Jennifer Lopez, all of whom can be seen on the HBO broadcast of the ceremony.

THE HUNT FOR PLANET B (2021) 9 p.m. on CNN. This documentary by filmmaker Nathaniel Kahn (“The Price of Everything”) accompanies scientists working on NASA’s newest space telescope. The new telescope is due to launch in December, is three times larger and seven times more powerful than the Hubble space telescope and is to be its successor. Its development was long and complicated, which gave Kahn a lot to tell as he caught the perspectives of engineers, astronomers and other researchers.

AMERICAN MUSIC AWARDS 2021 8 p.m. on ABC. Cardi B is slated to host this year’s edition of the American Music Awards, which will be held on Sunday at the Microsoft Theater in Los Angeles. Pop singer-songwriter Olivia Rodrigo is the most nominated artist of the year with seven nominations, including one for Artist of the Year. The other nominees for this top award are Ariana Grande, BTS, Drake, Taylor Swift, and The Weeknd. Sunday’s ceremony will include performances by Rodrigo, BTS (with Megan Thee Stallion), Bad Bunny, Carrie Underwood, and a few others.