What’s on TV on Tuesday: “Big Getaways With Morgan Freeman” 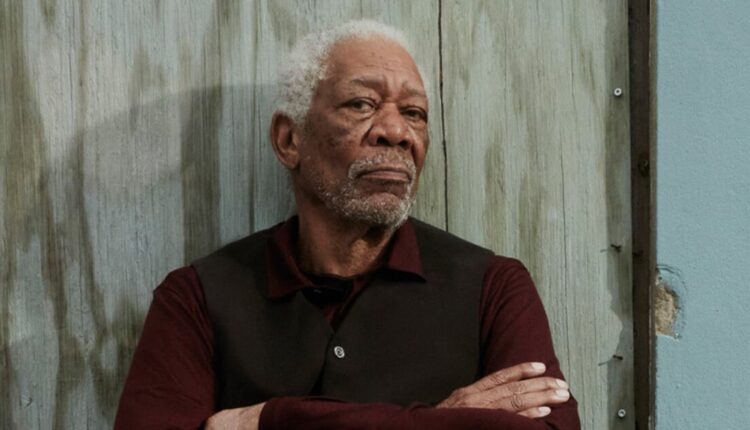 The TV grid at prime time is paused from printing. Further TV coverage can be found at: latimes.com/whats-on-tv.

Supergirl This series based on a DC Comics character ends with two new episodes. In the first, Supergirl (Melissa Benoist) and her super friends Nyxly (Peta Sergeant) and Lex Luthor (guest star Jon Cryer) are dying to stop who has kidnapped a loved one. Then former cast members Mehcad Brooks, Jeremy Jordan and Chris Wood return for the finale while Alex and Kelly (Chyler Leigh, Azie Tesfai) prepare for marriage and Supergirl has one final confrontation with Luthor. 8 p.m. and 9 p.m. The CW

Bachelorette Michelle and a lucky guy go for a spin in the performance center of a major car brand. Andy Grammer appears in this new episode. 8 p.m. ABC

Resident Conrad (Matt Czuchry) takes a patient to the hospital who is causing a security crisis. Plus, a mixed martial arts brawl sends a well-known fighter to the hospital in this new episode of the medical drama. Manish Dayal, Bruce Greenwood, Malcolm-Jamal Warner and Anuja Joshi play alongside guest star Christopher Redman. 8 p.m. fox

FBI: International After the disappearance of a US secret service negotiator, her Paris apartment is ransacked and found covered in blood. The team must find them before the country’s nuclear secrets fall into the wrong hands. Luke Kleintank, Heida Reed, Carter Redwood and Vinessa Vidotto are the stars of this new episode. 9 p.m. CBS

La Brea When a chaotic superstorm hits the clearing, a structural collapse puts Marybeth and Lucas (Karina Logue, Josh McKenzie) in danger. Eve (Natalie Zea) tries to make amends with the others by leading efforts to save them. Eoin Macken also stars in this new episode. 9 p.m. NBC

American veteran Wes Studi is hosting the new episode “The Return”, which documents how Hollywood films about heroes who return from battle traditionally end positively, while the way back to civilian life in the real world can be fraught with uncertainty . 9 p.m. KOCE

Impeachment: American Crime Story After the Starr report is published and the president is indicted, Linda (Sarah Paulson) faces the aftermath of her decisions, Paula (Annaleigh Ashford) makes desperate decisions, and Monica (Beanie Feldstein) tries to figure out how to do it carry on with their lives. Margo Martindale, Edie Falco and Clive Owen also play in the final. 10 p.m. FX

Chucky Jake and Devon (Zackary Arthur, Bjorgvin Arnarson) make strides in their relationship as some enemies and allies from Chucky’s (voice of Brad Dourif) past emerge in this new episode. 10 p.m. Syfy and USA

Great Escapes With Morgan Freeman In the premiere of this documentary series, four men plot to break out of Alcatraz, one of the most notorious prisons in American history. 10:05 p.m. and 11:05 p.m. history

The Last OG Tray (Tracy Morgan) tries to garner enough signatures to keep the community center open in this new installment of the comedy. 10:30 p.m. TBS

The Dr. Oz Show Natalie Wood’s sister explores her life and what happened the night of her death. (N) 1 p.m. KTTV

Dr. Phil The couple’s daughters say the family is poisonous; Mitch Albom (“The Stranger in the Lifeboat”). (N) 3 p.m. KCBS

The 2021 romantic comedy from Queen Bees director Michael Lembeck plays Ellen Burstyn as a widow who defies her daughter (Elizabeth Mitchell) ‘s requests to move to a nursing home until she locks herself out of her house and a fire destroys her kitchen. James Caan, Ann-Margret, Jane Curtin, Christopher Lloyd, Loretta Devine and French Stewart also play. 8 p.m. Showtime

Dear Rider This new full-length documentary from filmmaker Fernando Villena celebrates the life and vision of Jake Burton Carpenter, a pioneer who made snowboarding a global and cultural phenomenon before he died of cancer in 2019 at the age of 65. The film includes interviews with family members, friends, and sports icons like Shaun White, Kelly Clark, and Mark McMorris. 9 p.m. HBO