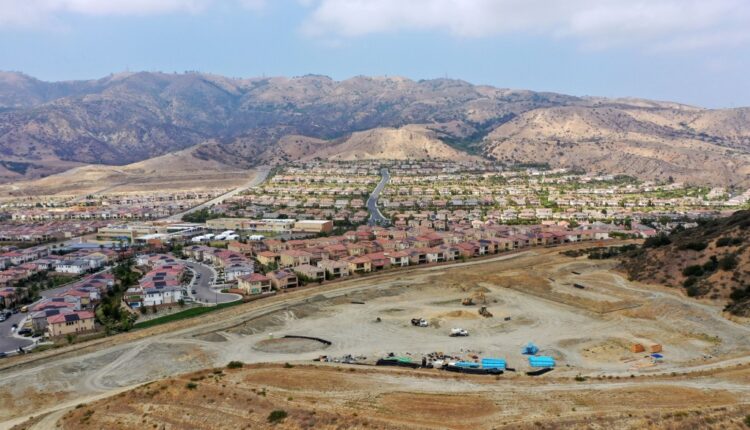 Almost six years ago, a methane geyser began to bubble up over a cluster of neighborhoods in the north of the San Fernando Valley in what would become the worst gas leak in US history.

For four months, from October 2015 to February 2016, the Southern California gas company that operates the Aliso Canyon natural gas storage facility worked to close the leak, which released more than 100,000 tons of methane and other chemicals into the air, causing residents got sick, forcing them to move temporarily.

Within several months, around 36,000 residents, businesses and first responders filed 396 lawsuits claiming they were exposed to harmful chemicals and got sick during the four-month leak.

The case reached a milestone this week after Southern California Gas Co. and its parent company Sempra Energy agreed to settle claims filed by nearly 36,000 customers for a potential payment of up to $ 1.8 billion.

“This was such a highly competitive case,” said Susan Owen, managing partner of the law firm Owen Patterson & Owen, which represents 3,800 plaintiffs. “The most important thing was that the plaintiffs be heard and compensated for what happened to them.”

Scott Drury, CEO of the gas company, said in a statement, “These agreements are an important milestone that will help the community and our company move on from this difficult chapter.”

The gas company said it expects the agreements to “resolve essentially all material civil litigation” against the utility, and put an after-tax charge of approximately $ 1.1 billion this month. Billing fees would not be borne by customers, the utility said.

Local residents said the gas leak had a huge impact on their lives. For years, they said, they had headaches, nausea, and nosebleeds, and many claimed other health problems.

“The devastating gas outbreak will not be behind us until this facility is completely closed and the community is no longer in danger,” said Matt Pakucko, president and co-founder of Save Porter Ranch.

The settlement does not cover potential costs related to an investigation by the California Public Utilities Commission into whether SoCalGas should be sanctioned for the 2015 leak and what damages, fines, or penalties should be imposed for violations. The commission is also currently looking into minimizing or eliminating the use of the Aliso Canyon facility.

Here’s an overview of where the scenario is today and how it could play out in the weeks and months to come:

Q: what will happen next?

Nearly 97% of 36,000 plaintiffs must sign the agreement for the settlement to move forward.

Owen said plaintiffs “have the option to opt out if they decide it was in any way unfair”.

Finally, the court must approve the agreement. The plaintiffs who are eliminated from the settlement can individually enforce their claims in court.

It is expected that Judges Louis Meisinger and Scott Gordon will prepare an award protocol within a few weeks and estimate the amount each individual plaintiff would receive.

Attorney Patricia K. Oliver of R. Rex Parris law firm, which represents approximately 8,320 plaintiffs, said the judges would “consider what they think are the best parameters to use in determining your injuries and apply them to each individual plaintiff.”

The plaintiffs have until June 1, 2022 to accept or reject the settlement.

If the majority or 97% of clients do not support the settlement, the case will be brought to court.

Q: What is the average amount of damages that plaintiffs can expect?

A: The money pool is not simply split evenly among the plaintiffs.

Compensation for each participant depends on a number of factors, including whether the families had to move, lost their income, or decreased the value of the property during the leak.

Local residents who did not suffer such losses due to the leak will not receive the same compensation as people whose health has deteriorated and whose business or property has been damaged by the leak, sources close to the case said.

The attorneys declined to disclose the amount of compensation plaintiffs could receive as the award protocol has not yet been finalized.

“I can imagine people five miles away, renting a house, not being evicted, not getting sick, getting a lot less than someone who was closer to the well, who was evicted from home and then couldn’t go there live, ”said attorney James P. Frantz, whose law firm Frantz Law Group represents 8,202 plaintiffs.

The amount of compensation each plaintiff expects will be available after an allocation protocol is established by the judges, according to Owen.

If the majority of plaintiffs agree to the settlement, the entire process – including wiping the compensation – could be completed by the end of 2022, Owen said.

In 2019, the gas company reached a $ 119.5 million settlement with city, county and state officials to repair the damage caused by the leak.

A $ 25 million health study spanned the settlement, which was devoted to studying the long-term effects of the leak on residents. The $ 1.8 billion settlement does not provide a relief fund for residents who may get sick in the future, Owen said.

Q: What are the tax implications of the settlement agreement?

A: Personal injury agreements are generally not taxable in California, Owen said.

“The design of the dismissal contract is designed to prevent the plaintiffs from paying taxes,” she added.

Q: What happens to the plaintiffs represented by Tom Girardi, a former lawyer and co-founder of Girardi Keese?

A: Frantz, of the Frantz Law Group, said approximately 1,000 of Girardi’s clients have been transferred to his law firm.

Girardi’s law firm Girardi Keese was previously filed for bankruptcy on allegations that it owed millions of dollars to its clients.

“Tom Girardi was expelled from the case due to wrongdoing,” said Frantz. “We have handled all cases … We are aware of your concerns, but really there are no concerns. They are all customers of the Frantz Law Group. “

He added that he expects his customers to receive compensation in the next six to twelve months.

“Hopefully this case will finally be resolved around this time next year,” said Frantz.