What’s behind the ‘Great Resignation’ of California lawmakers? | State and Regional 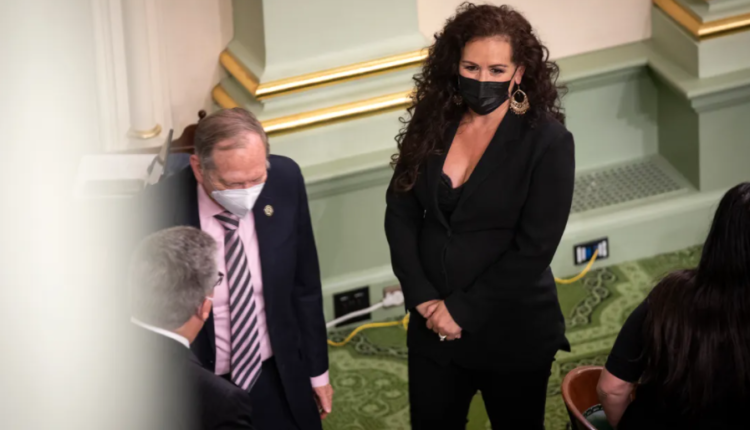 Will the last legislator in the building please turn out the lights?

Propelled by approaching term limits, new district lines and a raft of political opportunities outside the state Capitol, more than a dozen California lawmakers have sought employment elsewhere.

At last count, an exodus of 26 Assembly members and state senators have either opted not to seek re-election in November or have already called it quits mid-term. That doesn’t include the seven members, all senators, who are barred from seeking reelection in 2022 by legislative term limits. Nor does it include Murrieta Republican Kelly Seyarto, who is hoping to jump from the Assembly to the Senate, or Orange County Republican Janet Nguyen, hoping to do the same.

It’s not just the number; it’s also the power and stature of those leaving.

The first week of the new legislative session alone, the Capitol bid farewell to progressive powerhouse Lorena Gonzalez of San Diego, who departed the Assembly to take the top job at the California Labor Federation. Then came back-to-back announcements from Democratic Sen. Connie Leyva of Chino and Assembly Member Patrick O’Donnell of Long Beach, who both said they would not be seeking reelection despite having four years left to serve under the state’s term limit law. Then, on Thursday, Republican Assemblymember Kevin Kiley of Rocklin, who ran in the 2021 gubernatorial recall, announced that he would be running for Congress.

On Jan. 10, former Assembly Republican leader Chad Mayes of Rancho Mirage, now the only independent in the legislature, announced he’s not running again and is considering running for Congress. “I have seen first-hand the dangers of partisan politics. Blind faith to political teams has created a toxic tribalism that is tearing families, friendships, communities and this country apart,” he tweeted.

It’s a bipartisan phenomenon: So far, 25 Democrats, 7 Republicans and one independent are not coming back.

That all makes for an unusual degree of churn, already the largest in at least seven years. In 2012, California voters passed Proposition 28, which replaced term limits of eight years in the state Senate and six years in the Assembly with a lifetime term limit of a total of 12 years, in either chamber. That had ushered in a new era of job security for legislators and continuity for the legislature as a whole.

But there will be at least 33 new legislators, out of 120 total, after the November election. There are three special election primaries on April 5 and a runoff election on April 19 to fill the four Assembly seats that are vacant. Democrat Mike Fong of Los Angeles was elected in a special election on Feb. 15.

And this election year is still young: Candidates had until March 11 to declare their candidacy for office — or not.

Some incumbents and lobbyists say this year’s changing of the guard has the potential to shake up the Capitol’s policy-making dynamic.

As experienced lawmakers move on, they take their policy expertise and their legislative know-how with them. O’Donnell and Leyva both serve as K-12 education committee chairpersons, and last month, Assembly member Jose Medina, who leads the Assembly’s higher education committee, announced that 2022 would be his final session, too.

“There’s the potential for not just the loss of leaders who have an extraordinary background and expertise, but also the staff that have made the realization of their policies possible,” said Jessie Ryan, lobbyist with the Campaign for College Opportunity, a nonprofit advocacy group .

Kristina Bas Hamilton, a lobbyist and consultant who represents unions and anti-poverty groups in Sacramento, said the turnover makes things less predictable for those in the business of pushing policy change and wrangling support for contentious legislation. For one thing, lawmakers eyeing other races may be more circumspect or distracted.

“If there’s uncertainty, no one wants to commit to doing big stuff,” she said. The early departure of incumbents also means new committee leadership. For policy advocates sponsoring a particular bill, that “changes the whole landscape.”

O’Donnell said his decision not to run for reelection wasn’t motivated by politics. “I’m not getting any younger…and being an elected official is not the sum of my being,” he said. He plans to return to the classroom as a high school civics teacher.

But the fact that many of his colleagues on their way out are preparing to run for Congress or local office is “gonna have an impact on policy,” he said. “People are probably going to be more cautious of the big bills that seek to do Herculean changes.”

The Legislature’s “Great Resignation” is driven by a number of political trends — all of which have come to a head at roughly the same time.

A rash of congressional retirements and changes in district lines have inspired some legislators to seek higher office. That’s the case for Kevin Mullin, a San Mateo Democrat second in the Assembly pecking order to Speaker Anthony Rendon, who has been endorsed by the retiring US Rep. Jackie Speier to succeed her.

The approach of term limits may also be pushing some incumbents to an early retirement. Of the 19 legislators so far not seeking reelection in 2022, 11 would have been termed out in 2024 anyway.

“Some of these members were going to raise a bunch of money to — what?” said Republican strategist Matt Rexroad. “Go serve for just two more years and then have no obvious [state] Senate and congressional seat to run for?”

If 2022’s bevy of retirements looks big, it’s nothing compared to the next cycle, said Paul Mitchell, vice president of Political Data Inc. which provides voter tracking services to Democratic campaigns. Because the Legislature’s 12-year term limit law went into effect in 2012, “between 2024 and 2028 you’re going to see the entire Assembly turnover,” he said.

That’s good news for those who make their money off of elections. “Consultants that weathered the last few years of minimal election activity are finally going to get some big years,” Mitchell said.

That left the northern portion of McClintock’s old district without an incumbent — and cleared the way for Kiley to make his move.

In cobbling together the new districts for the state’s 120 legislative and 52 congressional seats, California’s independent redistricting commission was barred from taking an incumbent’s political prospects into account. In some cases, the commission placed politically safe lawmakers in more competitive seats, stripped them of the communities with which they felt the most affinity or placed multiple legislators together into the same district.

When Gonzalez took the union job last week, she sidestepped a difficult choice of either running against fellow Democratic Assemblymember Akilah Weber of San Diego or relocating to another district. State lawmakers, unlike members of Congress, must reside within their districts.

Likewise, labor champion Leyva was placed into the same Inland Empire state Senate district as moderate Democratic Sen. Susan Rubio. Leyva, however, said her decision not to run again had nothing to do with the prospect of a costly intraparty reelection fight.

Instead, she said the new district, which now stretches into the San Gabriel Valley, no longer reflects her geographic loyalties. “My heart is in San Bernardino County,” she told CalMatters. “Those are my people.”

So far, a handful of paired-up incumbents have decided to duke it out with a current colleague of the same party. Democratic Assemblymembers Laura Friedman and Nazarian had been running against one another in the San Fernando Valley, until Nazarian dropped out. Democratic state Sens. Anna Caballero of Salinas and Melissa Hurtado of Sanger. were poised to face off, but after losing a party endorsement vote, Hurtado announced Feb. 21 that she would run in another district instead. And Assembly Republicans Tom Lackey and Thurston Smith will be vying for the same high desert district that stretches from Lancaster to the Nevada border.

Asked about the prospect of competing against a colleague and party member, Smith cited Ronald Reagan’s “11th Commandment” not to speak ill of a fellow Republican. “Keep it civil. Let’s talk about the issues,” he said. Lackey, for his part, called the match-up “awkward,” but said there was nothing personal in the race.

He also rejected the notion that it would influence his votes in the Legislature: “I’ll still be the same guy that I was before.”

And for those incumbents who choose not to fight or depart, there’s the Evan Low approach. After finding himself stuck in the same Assembly district with Los Altos Assemblymember Marc Berman, the Cupertino Democrat decided to settle things with a mock pillow fight — before announcing that he would be moving to a neighboring district to seek reelection.

Relocating isn’t to everyone’s taste. Sen. Josh Newman of Fullerton was placed into the same district with fellow Orange County Democrat, Sen. Dave Min. Because Senate terms last four years and both were elected in 2020, they won’t have to make a decision about how to proceed until 2024

Newman has already ruled out the possibility of settling the impasse by moving.