What it took to donate Westwood Recreation Center’s new field 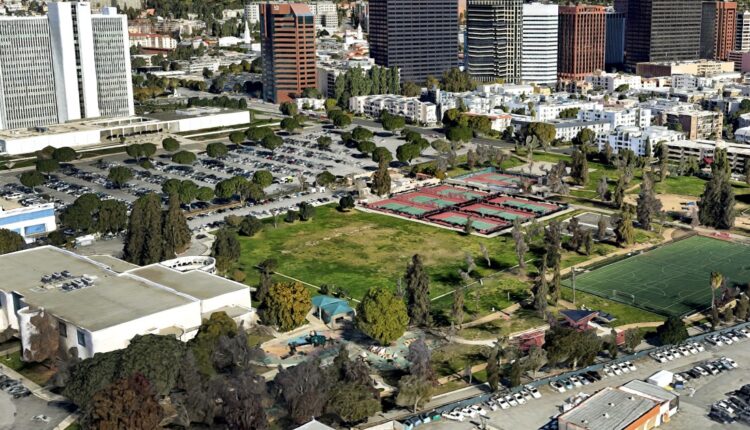 Why was it so hard to give the city of Los Angeles a brand new sports field for kids to play with?

My family had raised money to replace a run-down field at Westwood Recreation Center and to dedicate the new site to my 12-year-old son Tommy, who went to sleep on Monday April 16, 2018 and never woke up.

We have poured our grieving hearts into it along with thousands of children and adults across our city by raising $ 1.2 million. The new pitch was designed to save water, reduce maintenance costs and avoid harmful chemicals, but most importantly, it was designed to encourage free play and host multiple sports, including the most popular and diverse youth team sport in our city: soccer .

My son wanted to be a professional soccer player. On countless evenings, we would watch him train with children who were focused on their play rather than their different backgrounds and circumstances. I never knew how his game would inspire me in building his legacy.

After we achieved our fundraising goals and worked out a gift agreement, city officials asked me privately, “Do you have the community’s support?”

“Naturally!” I have responded.

Neighborhood children had sold lemonade and asked for donations instead of birthday presents. Colleagues ran public fundraisers that sold thousands of tickets. Friends and family, along with compassionate Angelenos who were complete strangers, donated. Local businesses and schools supported it, along with nonprofit groups desperately looking for more playgrounds for children.

“It was a real collective effort,” I assured them.

However, at the first hearings in town, some neighbors who lived on one side of the park claimed that this recreation center was their backyard. They didn’t want more children, more pipes or more “outsiders”. She was quickly supported by some local activists serving on neighborhood councils.

Critics used a variety of online platforms including a well-known neighborhood site marketed to “bring communities together” to criticize my family and spread falsehoods about the field suggesting the field would be locked in even though there was no lock or key had no fence. That it will be privatized, knowing that it is fully administered by the city.

Critics didn’t trust our intentions. They were suspicious of the local government. They were resistant to change. My husband and I are second generation Angelenos who live in the neighborhood, but some did not consider us or “these people” who play soccer to be part of their community.

It all felt so personal until I learned in public gatherings that some of the opponents are also opposed to bike paths, train stations – practically anything that brings about change.

My husband and I supported several design revisions to reach consensus. Our efforts were only rejected by our opponents. We endured no fewer than 11 controversial ward meetings over eight discouraging months. So much anger. So much division. Everywhere on a sports field in a park dedicated to a sports-loving twelve-year-old.

As the opponents’ reasons against the field kept changing, I thought about all the times I’d watched Tommy play soccer and began to apply what I had learned. Tired of being on the defensive, I’ve changed my offensive.

They raised their voices; I interrupted the noise and claimed mine. They attacked with obscure city codes; I played simply and directly. They threatened lawsuits and relied on bureaucracy to tire me; I thought of Tommy and pushed on. We did not achieve our goal because we made the smartest arguments or legal maneuvers, but because we were motivated out of love and did not want to give up. After almost two years, our gift was finally approved by the recreation and park officer.

When Tommy’s Field opens in September, I’ll be partying like my son after scoring goals and winning games. I’ll hug my teammates and cheer with our fans. I will also turn to our opponents and shake hands. After all, they are our neighbors. I hope your children and grandchildren enjoy Tommy’s Field because it is theirs too.

Nikki Mark is the founder and president of the TM23 Foundation, which supports youth initiatives.