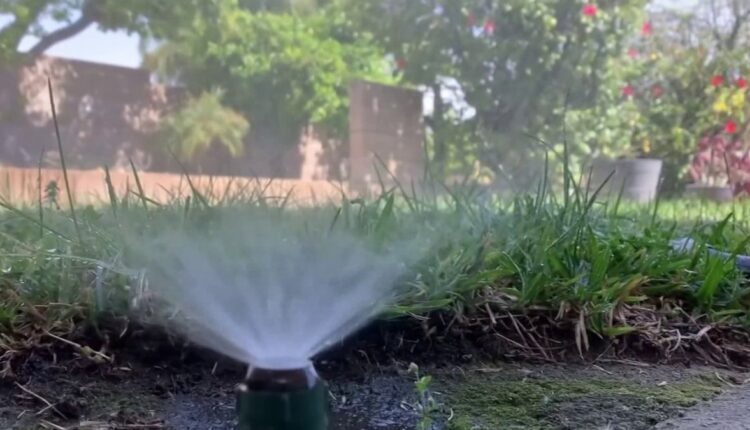 Los Angeles’ mayor is expected to make an announcement on water conservation and restrictions for LA Department of Water and Power customers ahead of the hot and dry Southern California summer months.

Mayor Eric Garcetti is scheduled to speak at 8:45 am at Eagle Rock. The LADWP board president and general manager also are expected to be at the event.

Garcetti’s announcement comes two weeks after the Metropolitan Water District of Southern California declared an unprecedented water shortage emergency. The agency is limiting outdoor watering to one day per week in some Southern California counties — affecting about 6 million residents — after the state’s driest January, February and March on record.

The Metropolitan Water District restrictions are set to begin June 1.

The MWD, which imports water from the Colorado River and Northern California to supply about 19 million people in six counties, has said that if enough water is not conserved — or if supply conditions worsen — all outdoor watering might be banned as early as September.

Local water agencies in the district face fines if the monthly water limits are exceeded.

The district also is asking all Southern Californians to reduce water use by 30 percent.

A nonprofit created a Water Footprint calculator where you can enter information to estimate your water use per day. You can find it here.

Why are there water restrictions in Southern California?

The winter months that are typically when the nation’s most populous state relies on a parade of storms that bring snow to the Sierra Nevada Mountains, California’s natural reservoir, and rain. Ideally, that mountain snowpack builds up over the winter and melts in late spring and summer, replenishing California’s water system and reservoirs.

As of April 22, the statewide snowpack was well below average.

The most recent US Drought Monitor report issued May 5 indicated more than 40 percent of California is in extreme drought, the weekly report’s second-most severe category. Three months ago, after December storms raised optimism for a wet winter, that figure was just 1 percent.

All of California is in moderate drought with some of the worst conditions in a large swath from the north-central part of the state down into the Central Valley.

Impremedia, publisher of Spanish-language newspapers, has a new owner.