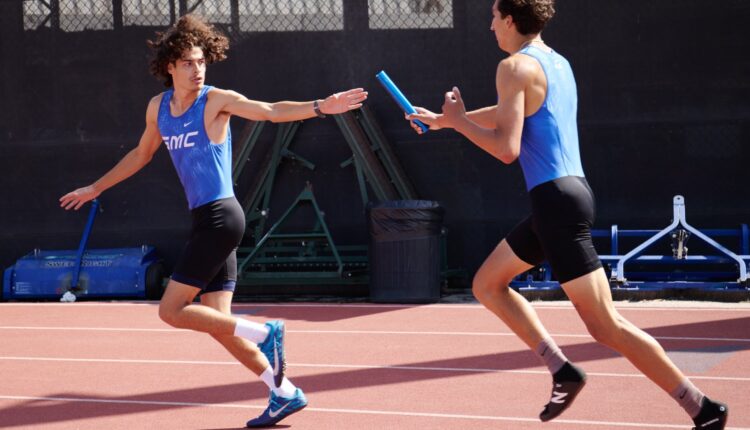 All events during the finals are single heat, and the top six winners in each event advances to the Regional Championship Preliminaries. SMC students competed against other student-athletes from 11 inner-conference rival schools: Allan Hancock, Antelope Valley, Bakersfield, College of the Canyons, Cuesta, Glendale, Moorpark, Santa Barbara, Ventura and West LA.

“Today’s kind of the best of the best and somebody here one day might be in the Olympics.” said Freshman Malin Hoeijer. Hoeijer, in her first year on the SMC Women’s track team, did not qualify to participate in the WSC Finals but was there to support her teammates.

SMC Freshman distance runner Juan Hernandez competed in his first ever 10,000 meter run several weeks ago during the WSC Preliminaries on Friday, April 22, at the College of Canyons. Placing second, Hernandez commented on his placement.

“It was a great experience. I was really proud of myself.”

Hernandez has rapidly become a solid contender for regions. Aiming to qualify in the Men’s 5K event during the WSC Finals, Hernandez posted a time 15:37.20 in fourth place. Hernandez was seven milliseconds (00:00.07) from placing third.

Successfully qualifying in the 5K, Hernandez is on track to participate during the WSC Regional Finals on Friday, May 6, 2022 at Moorpark College.