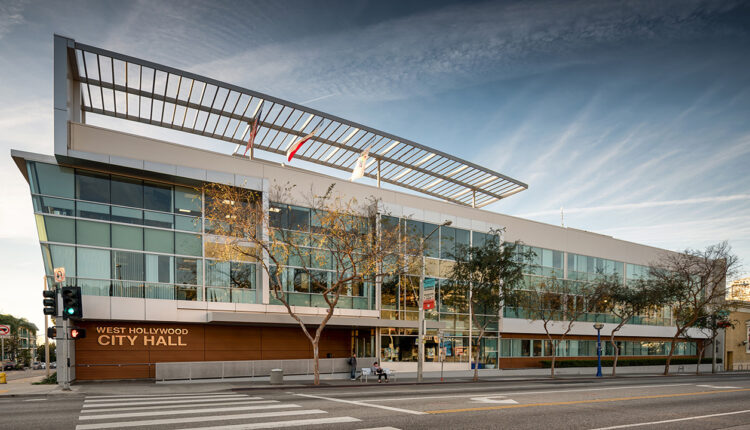 WEST HOLLYWOOD (CBSLA) — All in-person services scheduled for West Hollywood City Hall were canceled Friday, after a bullet shattered one of the building’s windows in the early morning hours.

It happened just around 2 am on 8300 Santa Monica Blvd and Los Angeles County Sheriff’s Department deputies were able to respond to the scene almost immediately.

No one was injured in the incident, and authorities were unable to locate a suspect that may have fired the gun that shattered the window.

West Hollywood City Hall posted to their website on Friday, detailing the amended schedule and investigation that is ongoing.

In part, the statement said:

“The West Hollywood City Hall closure responds to an early-morning incident today, Friday, February 18, 2022. At approximately 2 am, a glass window at City Hall facing Santa Monica Boulevard was shattered by an apparent bullet. Los Angeles County Sheriff’s Department Deputies responded immediately; no one was injured in the incident.”

The building is set to remain closed until Tuesday, after Monday’s Presidents Day holiday.