Weekend with strong winds and great heat in Southern California 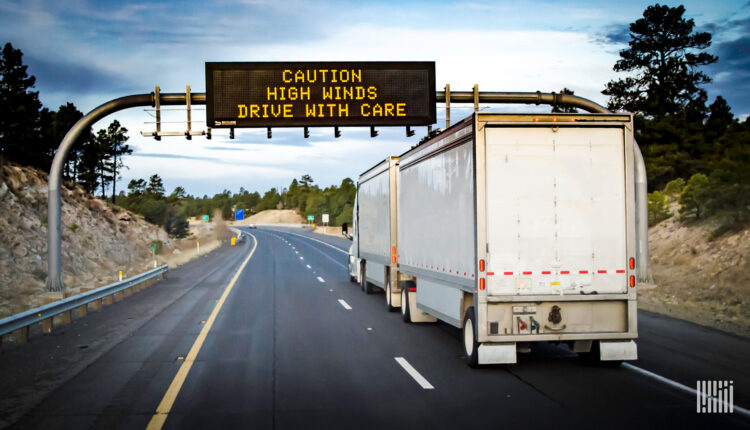 Truckers have to deal with windy, hot weather when driving to the busy freight hubs in Southern California.

From Friday morning to Saturday evening, a moderate wind event will develop in Santa Ana across much of the Los Angeles and Ventura counties. The peak wind gusts from the northeast range from 30 to 45 mph but can reach 55 mph in some places. The National Weather Service expects the peak winds to occur in the morning and early afternoon hours of each day. This increases the risk of rollover, especially for drivers who drive dead (pulling empty trailers) or carry light loads. However, gusts of more than 40 miles per hour could cause problems for drivers hauling full truckloads.

Widespread humidity of 15% or less is expected, along with very warm high temperatures between 80 and 90 degrees in coastal and valley areas. Due to the Santa Ana winds combined with low humidity, critical fire weather conditions are likely. New forest fires could ignite and spread quickly.

The warning area does not include the Alisal barrel fire that broke out west of Santa Barbara on Monday. US Highway 101 has reopened in both directions from Goleta to California Route 1 (Pacific Coast Highway), according to InciWeb, a US forest fire information clearinghouse.

The parallel route to US-101 has also reopened to traffic in both directions and all services are expected to return to normal.

Wildfire crews fight fires – and kinks in the supply chain

Biggest tsunamis in US history