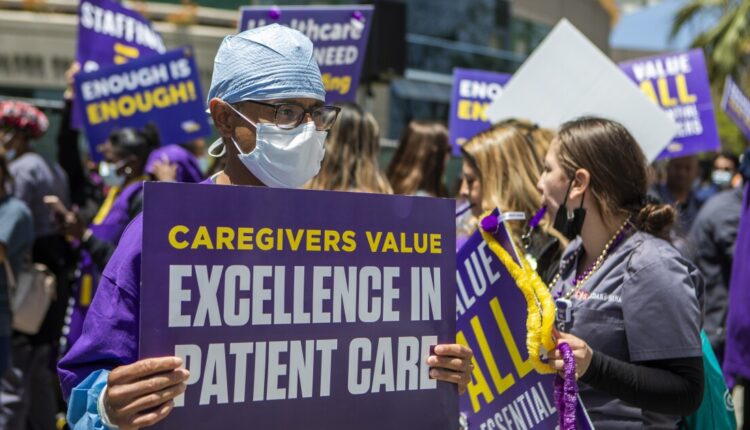 As Los Angeles County’s coronavirus cases continue to climb, infections are rising fastest among wealthier residents, a likely echo of previous waves in which a greater rate of higher-income people became infected with the virus first.

There are “slightly higher case rates in communities with less poverty at this time,” LA County Public Health Director Barbara Ferrer said at a briefing Thursday.

The increase also has begun affecting poorer residents in LA County, who are more likely to suffer worse outcomes from COVID-19.

A Times analysis of communities of 5,000 or more residents in LA County showed that a number of the areas with the highest coronavirus case rates was higher in wealthier communities.

The case rates were adjusted by the county Department of Public Health to account for underlying differences in the age composition of various neighborhoods. Communities with an unstable case rate, as defined by the county, were excluded from the analysis.

These 10 communities had case rates roughly three to five times as high as the countywide overall rate. By contrast, the 10 communities with the lowest case rates — which reported at least some cases — were the cities of Compton, Paramount, Lynwood, Azusa, El Monte, Lancaster, the Los Angeles neighborhoods of Vernon Central, Westlake and Boyle Heights and the unincorporated community of Florence-Firestone. These communities reported a case rate roughly between one-third to one-half of the county’s overall rate.

The nation’s most populous county is reporting about 2,700 cases a day over the last week, a 19% increase from the previous week’s rate of roughly 2,300 cases a day.

And coronavirus levels in wastewater across wide swaths of LA County have nearly doubled in the last two weeks, Ferrer said.

“[The levels] do indicate a significant increase in community transmission,” Ferrer said. Overall, weekly coronavirus cases have tripled over the last month.

From the earliest days of the pandemic, COVID-19 was initially called a “rich man’s disease,” with wealthier people who are more likely to travel carrying the virus back into their communities. Pandemics, however, eventually hit poorer communities the hardest. Residents in those areas are already at a disadvantage, with many having higher rates of chronic disease, less access to healthcare resources, a higher rate of crowded housing and many subject to systemic discrimination that puts them at higher risk for severe illness.

For the first time since the winter Omicron surge faded, the coronavirus case rate for LA County’s lowest income areas has risen to a zone of medium concern, with 111 new cases a week for every 100,000 residents. A case rate between 100 and 200 is a level of medium concern, while a rate of more than 200 would be a level of high concern, according to the county’s criteria.

A week ago, the case rate for the lowest income residents was at a level of low concern, with a rate of 91; a month ago, the rate was 43.

Similar trends have been observed in San Francisco.

The rise in cases among lower income areas is concerning because of the increased risk to the overall health of residents in poorer areas, as well as increasing rates of transmission in the community.

LA County could enter an overall COVID-19 community level of medium as soon as next week if the region continues to see the same week-over-week increases.

No counties in California are in the high COVID-19 community level, although nine are in the medium level, the highest since early March. Those counties are Santa Clara, Alameda, San Francisco, San Mateo, Sonoma, Santa Cruz, Marin, Humboldt and Plumas.

At a medium level, colored yellow on the US Centers for Disease Control and Prevention’s maps, the federal agency recommends that those at high risk for severe disease consider wearing a mask in indoor public settings.

“When there is increased transmission, as is the case now, everyone should consider keeping their masks on in indoor public settings to protect our essential workers, who provide all of us with critically needed goods and services,” Ferrer said.

Ferrer has said LA County would reinstate a universal mask mandate in indoor public settings should hospitalizations dramatically worsen and the county has a high COVID-19 community level, colored orange on the CDC’s maps.

“We do need to start seeing a downward trend in order not to have to worry about getting to a high community level as defined by CDC,” Ferrer said. “And if we got to that high level, it would indicate that our healthcare system is stressed. And I know none of us want to be back there.”

Currently, Ferrer said, the virus is not straining the hospitals or other healthcare resources.

Coronavirus-positive hospitalizations remain relatively low, fluctuating between about 210 and 270, among the lowest levels of the pandemic. And daily COVID-19 deaths also remain low and stable in LA County, with about four deaths a day, data show.

“While it’s a relief to know that fewer people are dying each day, I know that each person who passed away left behind loved ones and friends who are mourning their loss,” Ferrer said. “I extend my condolences and wishes for peace and comfort during this difficult time.”

Jerrod Carmichael on coming out, depression and the pandemic

Should You Worry About Data From Your Period-Tracking App Being Used Against You?