Warm weather expected in Southern California by early next week 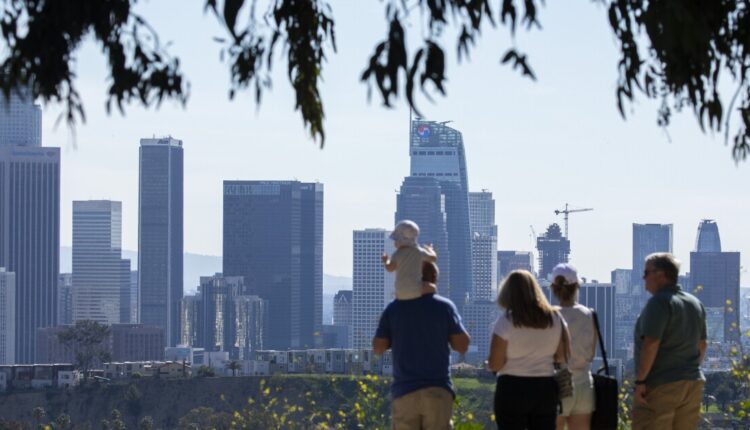 Rain, rain is going away in Southern California, with scattered showers expected to end Saturday night.

Strong winds should also decrease by Sunday. With more sunshine expected, Eric Boldt, a meteorologist with the National Weather Service in Oxnard, predicts it’ll be “a better day” compared with Saturday.

The cooling trend is also about to end. The region will start to warm up by Monday, with temperatures in the 60s and pushing up into the 70s in the later part of the week, according to Boldt.

“I think we’re going to be warming throughout the entire week,” he said.

The rainy weather came as a welcome relief in the Cleveland National Forest, where the Jim fire has been burning for three days. The fire, inside the forest near the Riverside County-Orange County line, was 60% contained and holding at 553 acres as of Saturday.

The fire started toward the end of a warm weather streak and seared through dried vegetation that hasn’t seen much moisture this year. The months of January and February were the driest ever recorded in California.

Marine engineers from Camp Pendleton were detonating explosives in the Cleveland National Forest around the time of the Jim fire’s ignition Wednesday morning, authorities have said. The official cause of the fire remains under investigation.

Because plant material is still rather wet this time of year, Boldt said, fast-moving fires are not as likely as they will be later in the summer.

“We don’t issue red flag warnings this time of the year typically, because the fuels are too wet,” he said.

Protect Your Cellphones – West Hollywood Has a Pickpocket Problem