Vision Zero critics, how many traffic deaths are OK? 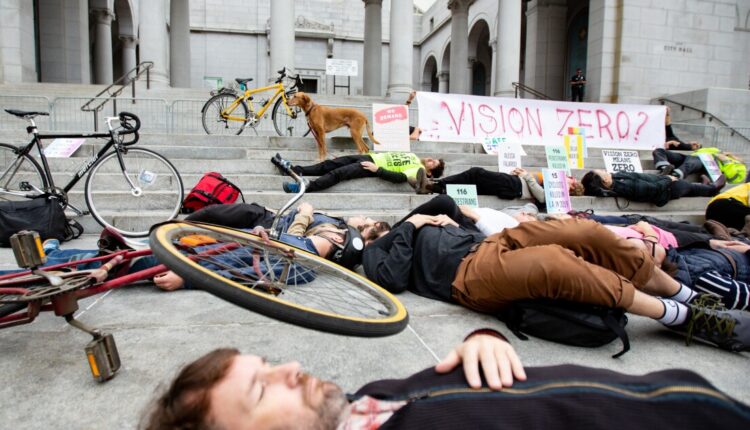 To the editor: Robin Abcarian writes that the goal of Vision Zero — to completely eliminate traffic deaths in Los Angeles — is worthy, but why go out on a limb with something that is doomed to fail?

What should the goal be then? One traffic death? Ten? Five hundred? a thousand?

And which of your loved ones are you willing to sacrifice?

So if the only rational answer is zero, then why not do whatever we can to get there? If it’s not possible today, let’s do what it takes to make it possible tomorrow.

For too long, death has been viewed as an acceptable cost just to get from here to there. It’s long past time to change that, for everyone’s sake.

And please tell Abcarian that an “accident” is when I spill the milk. A crash is when one or more people make mistakes that could get someone killed.

The writer is editor of BikinginLA.com.

To the editor: The push to improve the physical safety of highways and local streets may reduce traffic fatalities and injuries a little, but it does not address the big factor, which is the attitudes of the drivers on the road.

There is a perceptible mind-set among drivers that “all bets are off,” at least during the pandemic. You see it not just on the road, but also in the compliance, or lack of the same, with masking and vaccination requirements, and in the disposal of used masks by people who do wear them.

There is the attitude that people have the absolute right to do whatever they feel like doing, but with all the conveniences of an advanced society.

There is a saying that asserting one’s freedom while not acknowledging one’s responsibilities is adolescence, not freedom. Supposedly, that’s why we have minimum ages, among other requirements, for obtaining driver licenses.