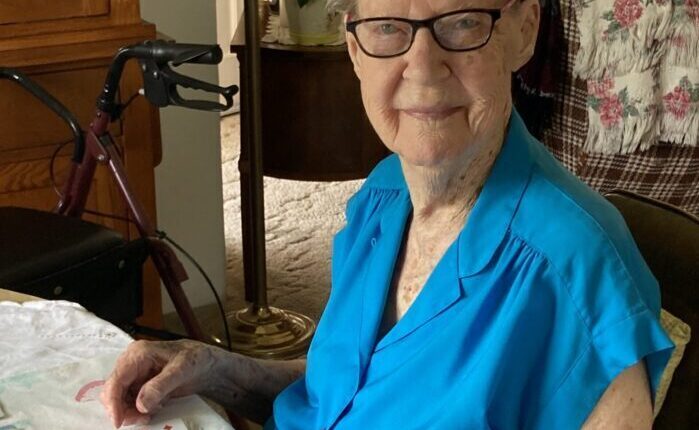 This Sunday, Pinnow celebrates her birthday, the first 100th birthday of her family. (all photos courtesy of Patti Pinnow-Rowe)

Virginia Pinnow was born Virginia Pokorney in Racine, Wisconsin, in 1921, where she attended Catholic elementary and secondary schools during her childhood. After moving to Southern California, she met the late Ray Pinnow in Santa Monica while he and a friend were serving in the Navy, and the two later married in 1948.

Prior to her union, Pinnow contributed to the war effort through her work for the aerospace company Lockheed Corporation in the early 1940s. Along with her co-workers and other women in the United States, she came to be known as Rosie the Riveters, and through her arduous work in factories and shipyards, she remains iconic symbols of the endeavors of World War II. In addition, Pinnow was temporarily employed in the Lockheed Library in Burbank, which was later moved to a location in Palmdale.

“I loved it there,” said Pinnow of working for the Lockheed Corporation. “I worked alternating shifts[s] and worked with a lot of nice people. Everyone was very nice to each other and took the bus to work and the bus home and we just had a good time. “

After marrying Ray, the couple started a family in Saint Paul, Minnesota, where they had five children. When Ray found a job as a butcher for a private meat company, the family moved to Burbank in 1965. 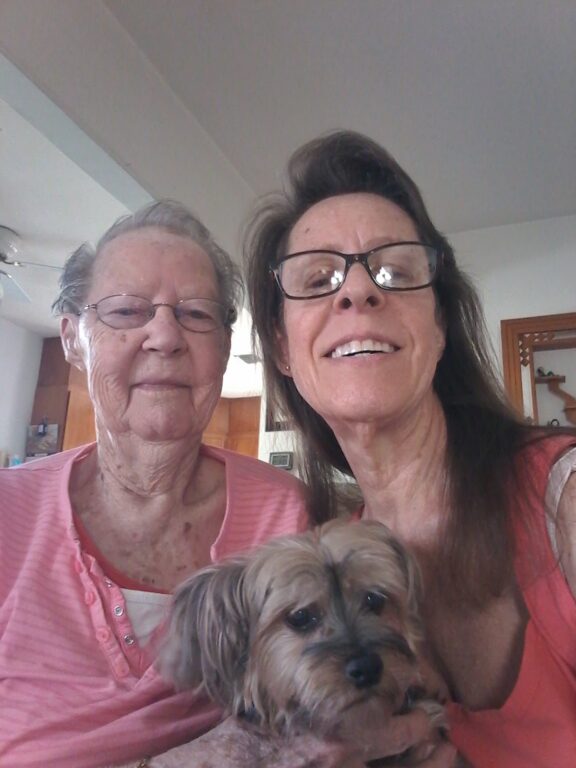 One of Pinnow’s favorite pastimes while in Southern California was square dancing. She danced in numerous locations in the San Fernando Valley for many years and continued this pastime until her early 80s.

“I loved to dance the whole time,” said Pinnow. “I did a lot of modern dance, so I decided to take square dance lessons and I loved it.”

St. Francis Xavier Church is the kindergarten through eighth grade program all Pinnow children attended while growing up in Burbank. She is still a parishioner of the church and is actively involved in women’s society. She has also knitted countless blankets through the church and given them away to those in need.

Pinnow’s youngest son, Chuck, co-owned The Hot Dog restaurant in Burbank with her for over a decade. The local eatery was on Hollywood Way and Verdugo Ave. Pinnow, her son, and The Hot Dog co-worker served delicious meals together while creating positive memories with the Burbank community.

“You get to know a lot of nice people in such a place and I also helped my son,” said Pinnow of her time at the hot dog restaurant. “So we had a good time.”

Pinnow’s five children are Rudy Pinnow, Don Pinnow, Tom Pinnow, Patti Pinnow-Rowe and Chuck Pinnow, aged 61 to 71. She also has four grandchildren and five great-grandchildren. Pinnow-Rowe lives at home with Pinnow in the same house the family has lived in since they moved from Minnesota to Burbank. She says her mother’s anniversary party is a first for the family and means even more because Pinnow can still spend time with loved ones. 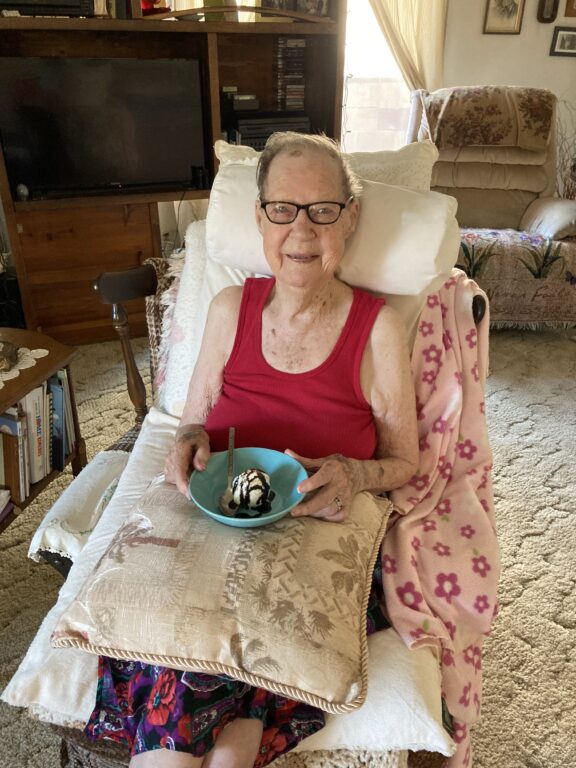 Pinnow has lived in Burbank for 56 years and is a member of St. Francis Xavier Church. (all photos courtesy of Patti Pinnow-Rowe)

“It’s really great. Nobody in our family has turned … 100 years old,” said Pinnow-Rowe. “[Pinnow is] 100 without dementia and she is not in a convalescent home. That’s a good thing … she’s really lucky. Not just to be that [age]but to have someone who takes care of her at home, where she feels comfortable and feels safe. “

As she nears her 100th birthday, Pinnow stays active through climbing exercises, using leg weights to build muscle strength, and occasionally pacing up and down her driveway. In addition to maintaining her physical health, she makes a point of maintaining an optimistic mental attitude that is focused on seeing the good in others.

“Everyone is nice,” said Pinnow. “If you treat them properly, they will treat you well. And I just like to live at home with my daughter. “