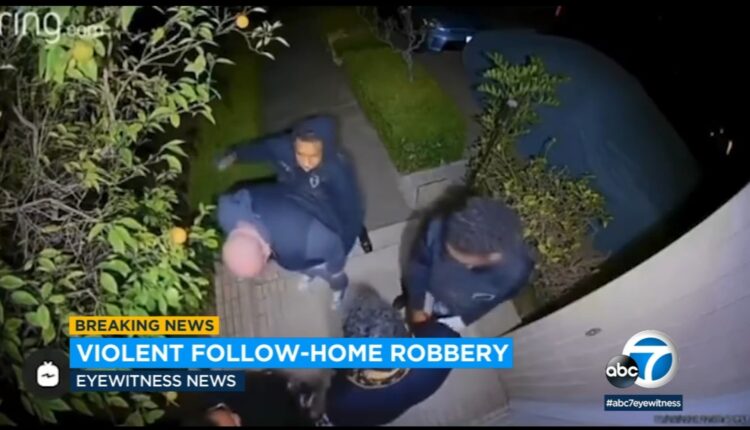 LOS ANGELES (KABC) – Footage from a recent robbery in a Los Angeles neighborhood shows two suspects using a gun to threaten three people and then attack one of the victims.

A ring doorbell camera shows the three people on the porch of a house when one of the suspects approaches them and begins to scan them. Then the second suspect comes into the picture armed with a pistol.

Later one of the victims is slapped in the face by one of the suspects. The other suspect then hits the same victim.

The video showed that each of the suspects wore windbreakers with “Police” written on the back.

The video that has been circulating on social media is now part of an investigation.

It is unknown what the suspects were able to steal from the group.

More information on the incident is expected to be released on Friday, say investigators with the LAPD’s Wilshire Division of Eyewitness News.