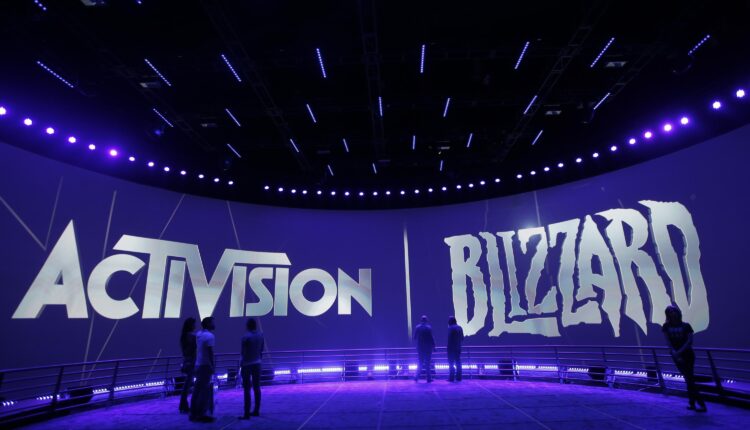 MILWAUKEE (AP) — Video game workers at a division of game publisher Activision Blizzard have voted to unionize, creating the first labor union at a large US video game company.

A count of ballots on Monday revealed the results of the election affecting a small group of Wisconsin-based quality assurance testers at Activision Blizzard’s Raven Software, which develops the popular Call of Duty game franchise. The tally was 19-3.

The unionization campaign by employees at Raven’s office in Middleton, Wisconsin, was part of a broader internal shakeup at Activision Blizzard, a Santa Monica, California-based gaming giant with roughly 10,000 employees worldwide.

The game publisher — which Microsoft is in the process of buying for nearly $69 billion — has been under intense public scrutiny since California’s civil rights agency sued it last year over an alleged “frat boy” culture that discriminated against women. It recently settled a separate federal civil rights lawsuit over allegations that management ignored sexual harassment and workplace discrimination against female employees.

Microsoft has said it wouldn’t interfere in any unionization efforts.

The Milwaukee office of the National Labor Relations Board counted the mailed-in ballots on Monday afternoon via video conference. A regional NLRB director had ordered a May election after rejecting Activision’s push to have it encompass a wider category of Raven workers, which could have diluted the unionizing group’s vote.

Activision Blizzard said in a statement Monday that it respected the right of workers to vote on a union but criticized the way those workers were being classified.

“We believe that an important decision that will impact the entire Raven Software studio of roughly 350 people should not be made by 19 Raven employees,” the company said.

The unionizing group, which has called itself the Game Workers Alliance, said in a statement Monday that “Activision Blizzard worked tirelessly to undermine our efforts to establish our union, but we persevered.” US Sen. Tammy Baldwin, a Wisconsin Democrat, tweeted her congratulations.

The new union will be represented by the broader Communications Workers of America, which has been stepping up campaigns in the largely non-unionized tech and gaming industries.