Veo Expands Into the City of LA 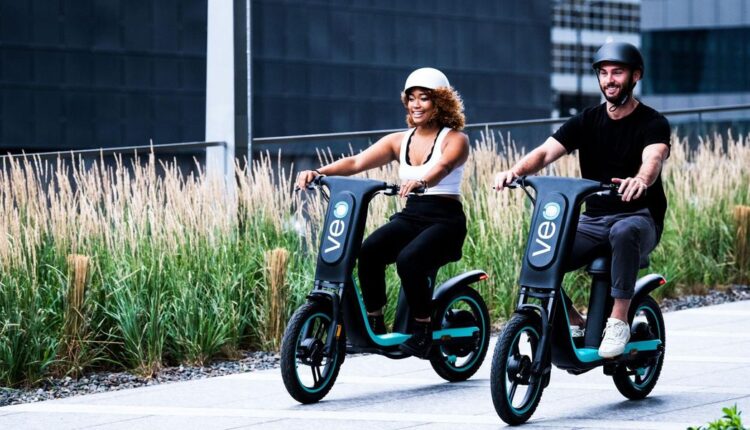 Three months after opening its new headquarters in Santa Monica, micromobility startup Veo is expanding its fleet and its footprint. As of last week, riders have been able to cross the municipal boundary between Santa Monica and LA and take trips north to Will Rogers State Beach, south to Marina Del Rey and east to Mar Vista.

“It’s good to see more people able to actually commute from Santa Monica to a nearby neighborhood…because in the past, we [did] see a lot of people stopped at the boundary,” said Veo CEO Candice Xie.

Still, riders will not be able to ride all through the city of LA. The city of LA has only granted them permits for 500 vehicles. Xie said they’re focusing on expanding the boundaries of where their mostly Santa Monica-based users are already indicating they want to ride.

As part of the expansion, the company is adding a mixed fleet of 400 e-bikes and 100 standing scooters.

Enterprising riders who venture beyond the new, expanded geofenced zone can expect to receive a warning text message and for their vehicle to come to a slow stop. In addition, they will not be allowed to leave the e-scooter or e-bike outside of the zone without incurring a penalty that starts at $15.

Currently, it costs riders $1 to unlock and $0.33 cents per minute to ride (plus tax and fees). Residents of Santa Monica and Los Angeles who qualify can apply to ride at a reduced rate through Veo Access, where riders pay $5 per month for unlimited 30 minute rides.

Xie said that the permit approval process for the city of LA took longer than originally anticipated and that this new expansion will happen in phases, with the next phase anticipated in two to three months.

Veo’s expansion comes at a precarious time for the shared micromobility market. Earlier this month, Santa Monica-based Bird laid off 23% of its staff. Layoffs were also reported at both Superpedestrian and Voi this week.

However, Xie said that Veo is doubling down on both the greater LA area and California as a whole, with recent launches in Berkeley and Santa Clara. As other companies lay off workers in pursuit of profitability, Xie said Veo is expanding.

“We’re still hiring from the community and want to increase our exposure and also have more local talent join us.”

KHN’s ‘What the Health?’: The FDA Goes After Nicotine