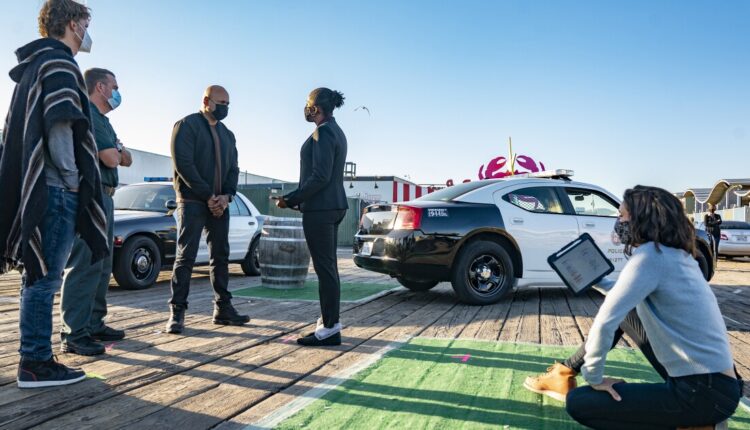 SAG-AFTRA, which represents more than 160,000 actors and other performers, told members Wednesday that the industry’s return-to-work agreement had been extended until April 30 and updated to reflect changes in the pandemic.

As of March 15, if a production mandate that all cast and crew need to be vaccinated to work in the most high-risk areas of its film sets, that will require workers to show they’ve also received booster shots in addition to the two original doses of COVID-19 vaccines.

Among other changes: employers will provide the more protective KN95 or N95 masks; and productions will be allowed to use cheaper and faster antigen tests. Film workers can still bank up to 10 days for COVID-19-related sick leave.

The changes come as California has lifted its mask mandate and Los Angeles County has eased of some of its restrictions.

Following this winter’s Omicron wave, the film and TV industry has been weighing updating safety measures that have helped curb the spread of coronavirus on sets.

The latest surge had less impact than last winter’s outbreak, but it still led to delays for many productions, such as the locally produced Fox Network show “9-1-1” and the long-running CBS crime series “NCIS.”

“Since the protocols were implemented on Sept. 21, 2020, they have proven extremely effective in protecting cast and crew from undue COVID risk in the workplace,” SAG-AFTRA national executive director Duncan Crabtree-Ireland told members in an email.

The Directors Guild of America, the International Alliance of Theatrical Stage Employees, Teamsters and Basic Crafts unions are also party to the deal with the Alliance of Motion Picture and Television Producers.

The initial back-to-work agreement was created in the fall of 2020 and has been extended with updates several times since. It established safety guidelines for social distancing and testing, created different zones on sets, depending on risk of transmission, and also provided time off and pay for cast and crew for testing and quarantine.

Under a deal reached last summer, unions agreed that producers could mandate vaccinations for those working in close proximity to actors. (The vast majority of productions have vaccination requirements.) That deal ran until Jan 15 and was extended again until Feb 13.

Inside the business of entertainment

The Wide Shot brings you news, analysis and insights on everything from streaming wars to production — and what it all means for the future.