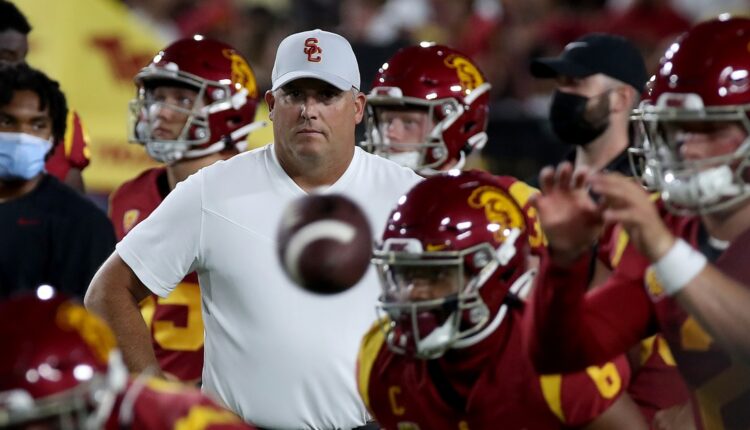 In a message posted on Twitter on Monday, USC Sporting Director Mike Bohn announced his decision to “make a change in the running of our football program” and thanked Helton for his time as a coach.

The decision to fire the embattled coach comes after a deeply disappointing 42:28 loss to Stanford at the Coliseum on Saturday, one of the Trojans’ worst losses in recent years. The coaching change came a week after USC struggled before finally retiring from San Jose State at the season opener and several tumultuous seasons ensued. Fan dissatisfaction has swelled and reached a feverish climax during the defeat to the cardinal.

USC’s performance and mounting outrage among boosters appear to outweigh any concerns associated with paying a hefty buyout amid a financial crisis caused by the COVID-19 pandemic. That price, which was difficult to pin down because USC is a private school with no obligation to release contracts in response to requests for public records, was seen as one of the main factors in Bohn’s earlier decision to keep Helton.

Many thought USC might part ways with Helton after losing the Pac-12 championship game to Oregon last season, which ended a year marked by more unfulfilled promises of progress. USC finished the 2020 season in the same position as it did at the end of the 2019 season when Bohn made the controversial decision to give Helton another chance.

When the health crisis wiped out the games in 2020 and turned the season upside down at any moment, the Trojans managed to win their first five competitions and secure a spot on the sidelines of the college football playoff semifinal talks.

However, three of these victories required furious last-minute comebacks against teams that would end with a 5-11 record in the shortened season. Luck finally ran out during the Pac-12 title game loss. USC did not receive a bowl bid and entered the off-season with more questions that Helton ultimately had no time to answer.