UCLA’s Derek Sage goes to Nevada to OC. to become 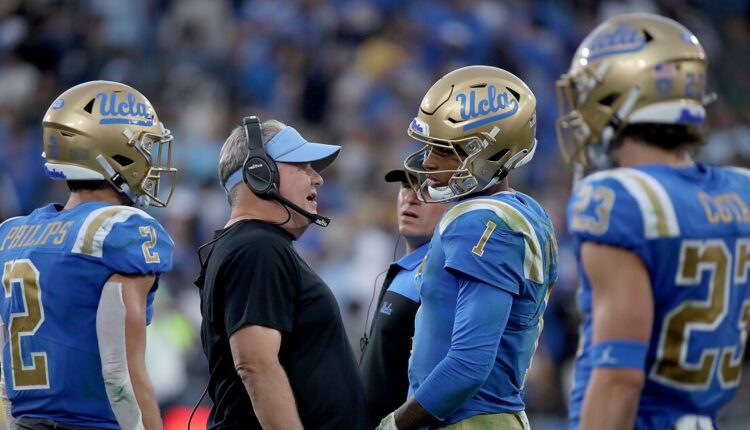 UCLA and Special Teams coach Derek Sage has agreed to become Nevada’s offensive coordinator for a promotion that will be accompanied by a homecoming.

Sage was born in Ventura County but moved to Sparks, Nevada, east of Reno, and graduated from high school there. From 2003 to 2004 he was also a research assistant in Nevada.

The 43-year-old Sage will also coach the tight ends of the wolf pack. He changed his Twitter background on Monday to reflect his new position and tweeted the Wolf Pack logo with the hashtag #NewProfilePic.

As Bruins assistant since the 2018 season, Sage helped develop the star tight ends Caleb Wilson, Devin Asiasi and Greg Dulcich and at the same time massively upgraded the special teams that had problems under their predecessor Roy Manning.

Dulcich, a former walk-on wide receiver, emerged as a semi-finalist for the John Mackey Award as the nation’s best tight end and ranked fourth nationwide with 17.3 yards per catch. He also finished fifth in the Pac-12 averaging 60.4 yards per game, including two 100-yard games.

This is the first time Sage has held the title of Offensive Coordinator in his 20-year coaching career. He is the third UCLA assistant to leave since last month, joining defensive line coach Johnny Nansen and outside linebackers coach Jason Kaufusi, both of whom joined Jedd Fisch’s staff in Arizona.