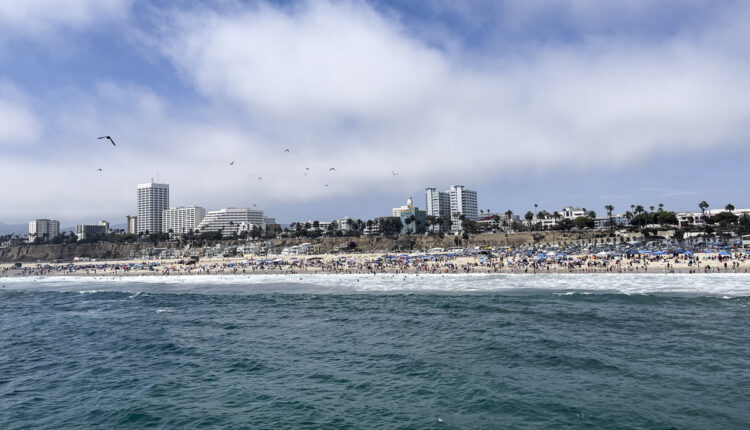 The spill was caused by sewage stagnation at the Hyperion Water Reclamation Plant – the city’s oldest and largest sewage treatment plant – and began on the evening of July 11th, which lasted hours when the plant discharged 17 million gallons of raw sewage into the bay, a statement dated Nov. July from Los Angeles Sanitation & Environment.

In response to the danger, the Los Angeles County Department of Public Health closed Dockweiler State Beach and El Segundo Beach, which are approximately 16 and 11 miles south of UCLA, respectively, the next morning.

Hyperion, owned and operated by the City of Los Angeles, was forced to divert sewage after an “almost catastrophic flood” damaged water treatment equipment, the July 21 statement said.

The 17 million gallons of sewage spewed out of the emergency pipe is only a small fraction of the treated sewage that is normally dumped into the ocean, said Rebecca Shipe, associate professor at the Institute for Environment and Sustainability.

On average, the facility sees around 275 million gallons of wastewater daily in dry weather, with wastewater accounting for 6% of the average daily load, according to LA Sanitation.

“It’s not unusual, but it was unusual for it to be raw sewage,” Shipe said.

Bacteria like E. coli in feces from raw sewage can be harmful to people who swim, surf, or wade in seawater, she also said.

Jeroen Molemaker, an associate atmospheric and marine science researcher, said the news of the leak led him and other UCLA researchers to sample the polluted areas to understand how the leak affected ocean life.

Molemaker tested the salinity of seawater in real time on the UCLA Zodiac research vessel to determine the extent of the area affected by the leak and found that wastewater was lower in salinity than seawater.

“As long as we see fresher water, we know we are still in the sewer,” said Molemaker.

The researchers also collected water samples to measure the amount of certain nutrients like nitrates and phosphates, as these can lead to the growth of harmful algal blooms, Shipe said.

Fast-growing algal blooms can release toxins, become entangled in fish gills, or suffocate coral beds, according to the National Oceanic and Atmospheric Administration.

Molemaker said sewage is typically released five miles from shore and released deep enough that sunlight cannot activate algae growth in the nutrient-rich water. However, during the spill, the Hyperion facility released the sewage through an emergency pipe that was closer to the ocean surface and to the coast, he said.

The Santa Monica Bay currents naturally distributed and effectively diluted the wastewater by dispersing it into the ocean, causing LACDPH to reopen the beaches three days later after water tests met state standards.

However, LACDPH issued a water use warning for beaches near Dockweiler and El Segundo on July 28, warning residents to be cautious in affected waters and citing high levels of bacteria. On August 2nd, LACDPH lifted the warnings for both beaches after the water quality met state standards.

Bacteria levels fluctuate naturally, especially after rainstorms, according to a LACDPH press release, but UCLA researchers say the Hyperion plant is still a cause for concern.

“With recent reports that Hyperion continues to release partially treated waste from the 5-mile pipe, nutrient-based stimulation of algal bloom could still occur,” said Jeana Drake, an associate project scientist for Earth, Planetary and Space Sciences. in a statement sent by email.

The samples collected by the research team have yet to be analyzed, Drake said.

Since the samples were taken at short notice in response to news of the spill, the laboratory space and staff required for the analysis are not yet available, Molemaker said.

But based on the salinity readings, the water from the spill was indistinguishable from the usual fresh water flowing out of the marina, Molemaker said.

After the spillage, Shipe also said the pollutants would generally be diluted in the ocean in order for the water to be used normally again.