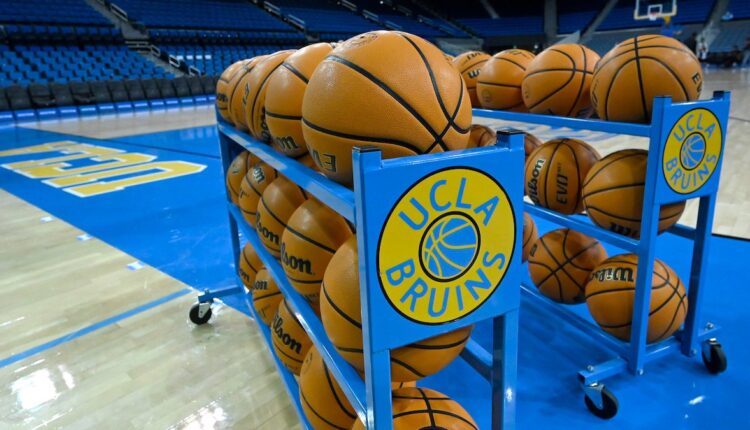 A UCLA men’s basketball player was arrested on suspicion of assault after Thursday night’s game against Arizona.

University of Arizona police did not name the athlete arrested shortly after the game. In a statement to KVOA-TV, school police said more information will be provided in the coming days.

UCLA released a statement, saying “UCLA Athletics is committed to and expects the highest level of sportsmanship. We are aware of the incident involving a student-athlete at tonight’s men’s basketball game, and the matter is under review.”

The incident happened as UCLA players were leaving the court after the No. 3-ranked Bruins’ 76-66 loss to the No. 7-ranked Wildcats. Video captured by ESPN appears to show a non-uniformed team member dressed in a t-shirt and jeans turn in the direction of Arizona fans and make a spitting motion.

It wasn’t immediately clear whether saliva landed on any fans but the misdemeanor assault charge alleges intent, a University of Arizona police spokesman, Officer Jesus Aguilar, told The Associated Press.

The player was not detained and was allowed to travel with the team to Phoenix ahead of its game against Arizona State on Saturday, the Los Angeles Times reported, citing a person close to the situation.

The player will be expected to either appear in court on a future date or make alternative arrangements with court officials, Aguilar said.