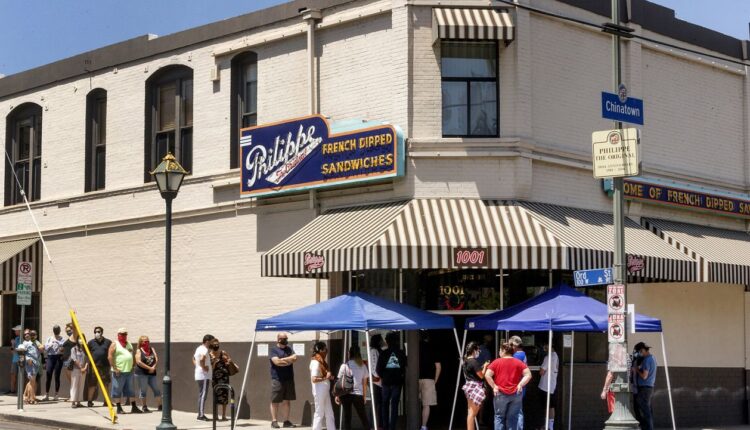 The latest economic forecast from the UCLA Anderson School of Management predicts robust demand for recreational and recreational activities as people yearn for a return to normal.

Leo Feler, a senior economist at UCLA Anderson, told Inside the Issues host Alex Cohen that June forecast predicts 2021 will continue to be an odd year for economic data as the US enters a post-pandemic period but California is expected to recover quickly.

“We have over 9 million vacancies, a record high. Although we still have more than 7.5 million people who lost their jobs before the pandemic, ”he said. “We have a lot of disparity, higher inflation, a lot of unemployment, but a lot of vacancies,” he said.

Feler notes that inflation rates are currently above 4%, the highest the country has seen in the past decade, with rental cars and lumber reaching exorbitant prices. However, UCLA predicts the economy will return to its normal rhythm with an average growth rate of 7.1% by the end of 2021.

“That is one of the highest growth rates in the last 70 years,” explains Feler. “It is not surprising that with such rapid growth after such a deep recession there will be some bottlenecks in the supply chain and demand will grow faster than supply for a period of time.”

The report also shows that California’s COVID-19 security practices have protected the economy. Feler said states don’t really have to choose between saving lives or saving the economy, they could do both at the same time. The forecast shows that California was able to maintain lower death and infection rates while achieving better economic outcomes, especially when compared to states like Florida and Texas, which have looser security restrictions.

Feler notes that the Golden State’s success is due in part to its dynamic economy.

“We have a very diverse economy, and we don’t just focus on leisure and hospitality and tourism, we have technology, we have manufacturing companies, and we have agriculture. So our economy is more resilient and has withstood the COVID shock much better, ”he added.

Though the state is still grappling with high unemployment, Feler explains that Californians have an entrepreneurial streak with more gig work and side businesses. He believes the state will close these unemployment gaps in the near future, and much faster than many other states.

However, he adds that the state’s labor market will continue to be affected by COVID-19.

“People have changed their preferences. They want jobs where they might be able to work a little more from home, ”he said. “They want more flexibility, but especially at a time when only about 50% of the population are vaccinated, people do not want to take on front jobs where they are exposed to high levels of exposure.”

Feler says that because of these concerns, the hospitality and recreational labor shortages will persist for some time. Likewise, 40% of children do not return to full-time school, leaving many mothers unable to fully resume their previous jobs or acquire new ones.

Share your thoughts on Inside the Issues and watch Spectrum News 1 Monday through Friday at 8pm and 11pm.

Santa Monica, California, CIO discusses the development of “1990” -like services