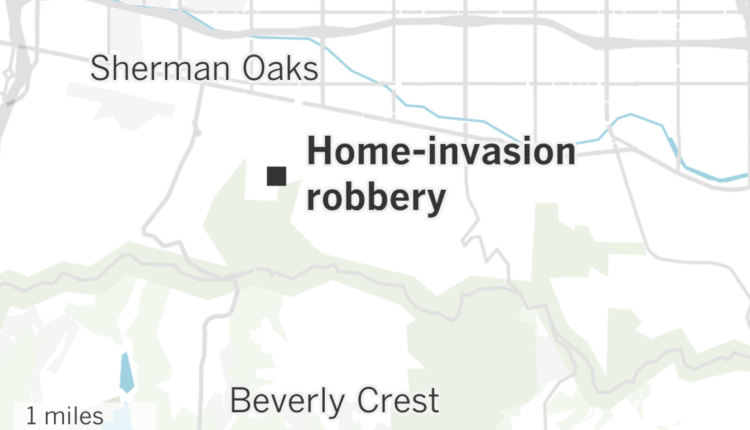 The incident was reported around 1:30 a.m. at a residence on the 3800 block of Sherwood Place in an upscale neighborhood overlooking the San Fernando Valley.

Police said three suspects, two armed with rifles and handguns, broke into the house and woke the sleeping victims before handcuffing them. The suspects took the victims’ cell phones and other items out of their homes before they drove in a limousine, police said.

KTLA-TV Channel 5 reported that the suspects got away with paperback books and jewelry valued at hundreds of thousands of dollars.

The victims were unharmed.

KTLA identified the homeowner as Florence Mirsky, an influencer who has a child with Grammy-winning music producer Scott Storch. Mirsky told KTLA that she was shocked by the event, which in her opinion was not accidental.

“You went straight to my closet, my housekeeper told me,” Mirsky said to KTLA. “You knew that my safe was in the closet.”

Former BET presenter Terrence Jenkins escaped a robbery at his home in Sherman Oaks in November in which suspects shot his vehicle as he drove off. In October, The Real Housewives of Beverly Hills star Dorit Kemsley and her family were robbed their Encino home.