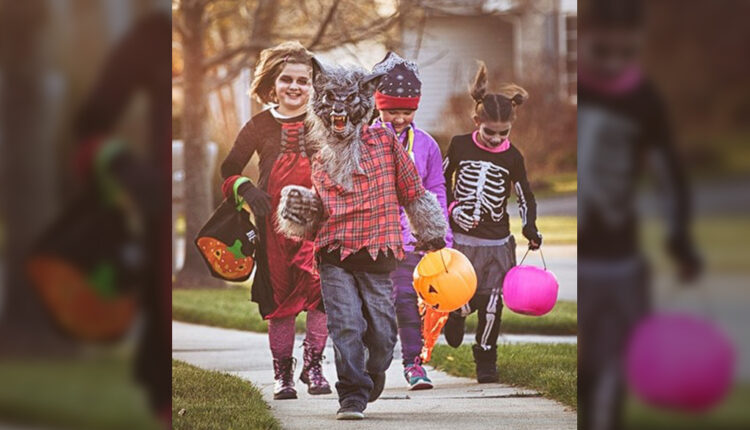 Sunday is Halloween and many Santa Monica kids are understandably excited. However, I have a good friend who should remain nameless, who is worried that his children hate trick or treating and prefer to play video games or make phone calls. (I joked that maybe it would be different if there was a “Tic Toc Trick or Treat” or a “Zoom Halloween” though he didn’t find it amusing.)

I only have fond memories of trick or treat. (Actually, that’s a bit of an exaggeration, because one night it backfired so I worried I’d end up in reformatory.) Before I forget, this column is also an apology, albeit decades too late , to Barry, who was younger than us and wounded, got the blame. (But trouble escaped remarkably.)

First some context. I grew up in a middle class district with well-kept tract houses near Pico and La Cienega. While gangs were unknown, on Halloween some kids could get noisy at homeowners who wouldn’t open their door or tell us to hit them. These kids were older than me so I felt like a big animal, they let me go.

The riot might include handing toilet paper in the trees and on the porches, but that was tame on this particular evening. The older boys, who were around 13 years old, did a one-of-a-kind prank.

You see, most people in those days didn’t reach out to their dogs. So the prank was to collect a lot of dog poop in a paper bag, put it on the porch, set it on fire, ring the doorbell, and run away.

The idea was to secretly watch the mortar open the door and squeeze out the fire, spreading the poop all over his shoes and the porch. Knowing it was obviously wrong, and because I didn’t want to be caught, I snuck home when the others weren’t paying attention.

However, two years later, on Halloween, the older kids were now in high school, into cars and girls. My neighbor Dennis and I were in junior high while Barry was in elementary school. Like me, he was flattered that we let him participate. After a grumpy homeowner reprimanded us for bothering him, the dog poop prank actually came up for discussion.

The bottom line is we did it, but I’ll spare you and get to the point. Much to my horror … nobody opened the door! When we stared in disbelief, I panicked. Fearing the fire might spread to the tendrils hanging all over the porch, I ran across the street and hastily stamped out the fire. (Of course, I had feces all over my shoes, but I was relieved that was all. At least I hoped that was it.)

Weeks later, I naively forgot about the incident, until one day at Pasteur Jr. High, during class, I was notified that the boy’s deputy headmaster, the much-feared Mr. Hawkins, wanted to see me. I was a good student and Hawkins was generally only involved with juvenile delinquents and was known for his paddle used to unleash painful corporal punishment.

He ordered me to his office and I assumed I would be serving his dreaded flogging. In his office there was a firefighter in full uniform, including a large captain’s hat. (Which, to be honest, seemed a bit over the top.)

“Jack, do you know what the captain is doing here?” Asked Mr. Hawkins very sternly. I swallowed. And I still can’t believe it to this day, but with feigned innocence I asked: “Does he give fire protection awards?”

When Mr. Hawkins and the captain attacked me, I collapsed of course, but I did my best to make it sound like I was a reluctant participant that evening and essentially blamed Barry. When I got home after school, the first thing I did was call Dennis and tell him what had happened. He was stunned. Turns out he had blamed Barry too!

Apparently nothing more happened because Barry was outside of Hawkins’ jurisdiction in elementary school. However, by the age of 12, I definitely had a real “scared hete” experience. In fact, until this column I hadn’t thought of the dog poop prank in all these years.

As for my friend with the gamblers kids, if he reads this, I have a feeling he won’t worry so much that his kids aren’t into trick or treating.

Essential Arts: The new Facebook logo? This is so meta