Trailblazing female comics get their due in ‘In On the Joke’ 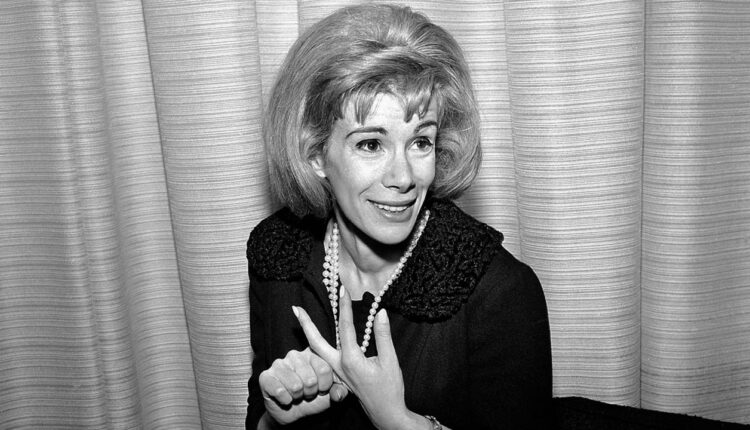 A new book titled “In on the Joke,” written by bestselling author Shawn Levy, tells the stories and struggles of the real female pioneers of standup comedy.

In an interview for “LA Times Today,” Shawn Levy told host Lisa McRee about the comics who paved the way for today’s female comedians.

Levy talked about the women featured in his book and how each of the women had to create a character to embody onstage.

“Moms Mabley was in her 30s when she started playing a crusty old granny on stage. Minnie Pearl was named Sarah Colley. She was college-educated, but she had to sort of dumb herself down into a man crazy country girl. Phyllis Diller, who was a mother of five and an attractive woman, had to wear garish clothes and act like she didn’t know how to turn on the tap water Even Joan Rivers, who seemed like the person onstage who she was in real life, had to create a character in her own mind that didn’t quite have the fortune and breaks that she had in real life in order to create a stage personality,” Levy said.

For all their success, however, female comics earned less money for their acts than their male counterparts. Levy said that problem persists today.

“Men still dominate this field,” Levy explained. “Back in the day, Phyllis Diller had contracts for TV series, and she wasn’t allowed to make a single misstep. She would get canceled three times in the 1960s. She had a show pulled out from under her, whereas men doing the same work would not only get paid more, they would get a lot more leeway from the network.”

Levy talked about how today’s female comedians have benefited by the ones who came before.

“Each of the women I wrote about virtually operated as the only woman comedian in the world,” Levy said. “They didn’t know about each other. There was no set path for them to follow. Each of them was sort of in a tunnel with a steel door in front of her that she kicked down. But today, with podcasts and nightclubs and TV and streaming appearances, so many venues are open to young women. I’m not saying it’s as easy as it is for the men, but there was a sisterhood that was made possible by the women in my book.”

Click the arrow above to watch the full interview.