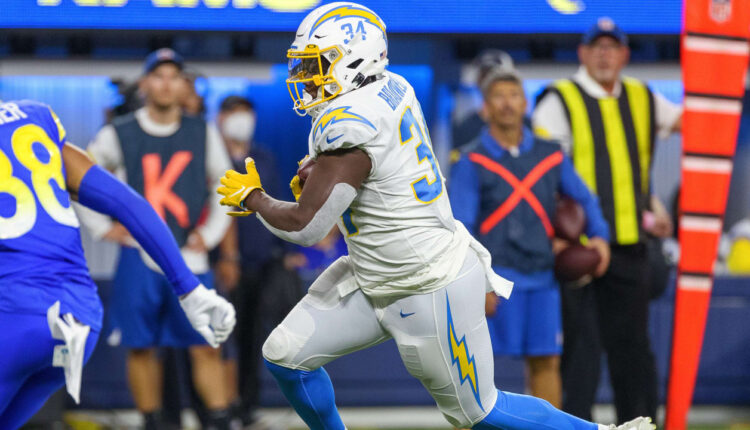 “I love to compete with Chase. It was great. He’s been such a blessing – I think – to our quarterback room. Obviously, five or six years in the system, is his relationship with Joe [Lombardi], his relationship with the coach [Brandon] Staley has been really helpful to me, but I think Justin would tell you the same thing. He’s been a really great mentor to us. He was great on the sidelines tonight helping me out so I really appreciate Chase and what he brings to our room. “

8. Staley on this team’s defensive depth:

“I enjoyed the fourth quarter very much. I think it was important to us to see everyone on the field today. I felt like in the fourth quarter we saw the guys compete so hard against each other and really good for us have trained. ” I felt like that was the exciting thing about fourth quarter, seeing these guys really play on both sides of the ball and play our standards. But on the defensive, I was very proud of how closely we played. down there, the takeaway. That was a big highlight for us. “

“I’ve grown a lot. Especially coming last year wasn’t the best look at 253” [pounds.] Seeing that number really motivated me because I knew then that I could have been cut. That was my motivation and I’ve grown to diet and know what to eat, what not to eat, how to exercise, and how to rest. But what you saw tonight was always me I’ve always had the ability and I think that’s why they kept me last year because I’ve always had the ability to be a playmaker and a good teammate. “

10. Palmer on his relationship with the quarterbacks:

Sizzling globally: July was the hottest month on record, according to NOAA