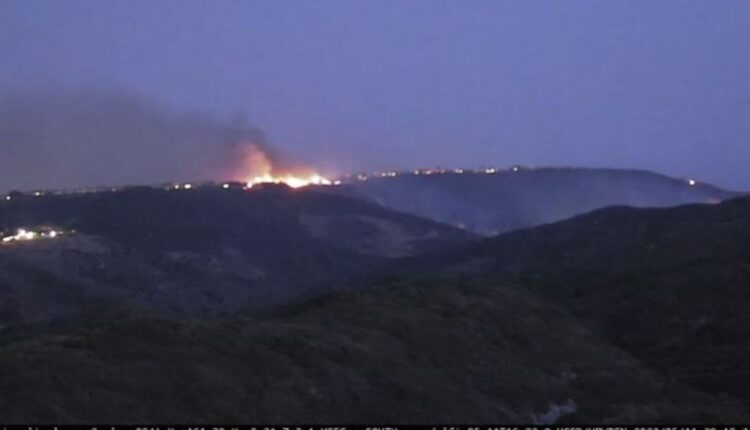 Time-lapse video shows the Coastal Fire as it spread in an Orange County canyon and burned uphill into a neighborhood where it burned at least 20 homes and forced evacuations.

The fire started early Wednesday afternoon in Aliso Woods Canyon near Laguna Niguel. Initially reported at about 3 acres, the fire was fanned by ocean winds and fueled by thick brush as it grew to nearly 200 acres.

A CalFire camera captured the fire as it expanded and the sun went down behind the hills above the Orange County coast. Winds gusted from 20 to 30 mph Wednesday, contributing to the rapid rate of spread.

The video shows flames crest the top of the canyon and continue burning into the neighborhood.