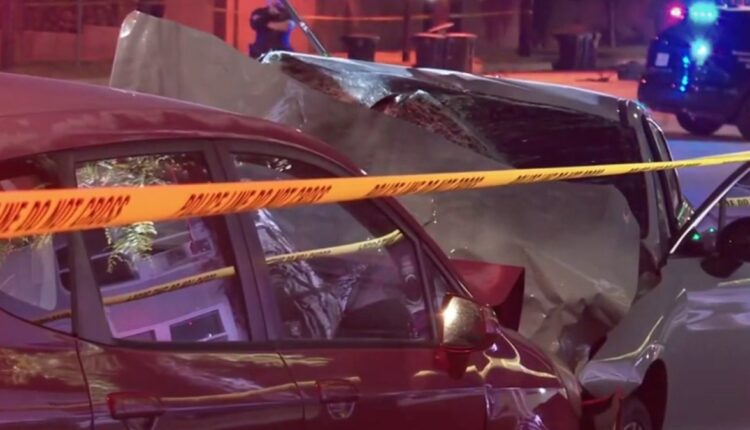 Three people were killed in a violent collision of multiple vehicles in Burbank, and police investigated Wednesday morning to see if it was a hit and run.

Police and firefighters responded at 11:50 p.m. Tuesday on North Glenoaks Boulevard and Andover Drive near the Burbank Tennis Center, where two people were thrown from a vehicle and one person was trapped in a burning vehicle, Burbank police said Department spokesman.

The three victims were pronounced dead at the scene, the spokesman said. Two more were injured and taken to the hospital.

“We are very early in the investigation,” said the spokesman. “There were at least two cars involved. We’re not entirely sure whether it was a hit-and-run. Our traffic investigators will investigate for several hours.”

In the collision, several parked vehicles were hit, the police said.

Glenoaks Boulevard is expected to be closed for several hours because of the collision, the spokesman said.

‘Wisdom and Fear’ Lead 90% of U.S. Seniors to Covid Vaccines