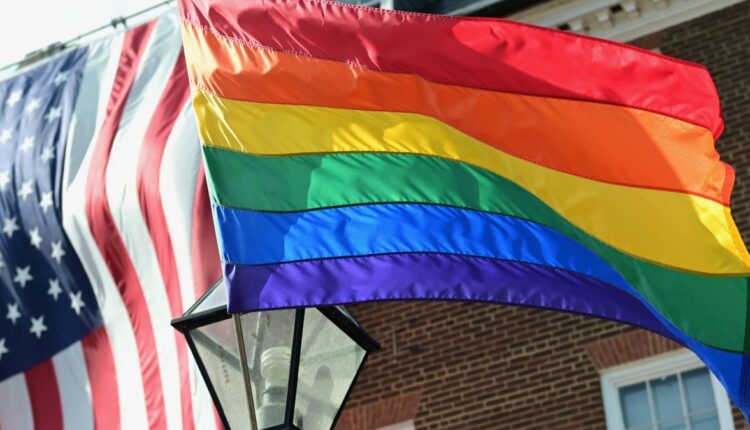 Holy Trinity Lutheran Church put the rainbow heart logo on its sign a couple years ago. It has never been a problem before until a hole appeared in the middle of the sign.

Holy Lutheran Church fixed the gap in two days. Pastor Erik Goehner says it was a way to reassure members of the LGBTQ community.

“This, like, is what they’ve dealt with for generations, right?” said Goehner.

Church Council President Krister Swanson was one of the first to spot the large hole in the middle of the sign. He believes the vandal hit sometime between 9 and 10 am on Saturday.

“Somebody came up and applied some kind of force to the center of the logo,” said Swanson.

Inside the sign, where bulbs light it up at night, the rainbow-colored heart symbol lay damaged but intact.

Pastor Goehner and temporary pastor Amanda Berg wanted to get the sign fixed right away. They wanted LGBTQ members and their families to know the church is not going to let vandalism negate its message of inclusiveness. They also wanted to send a message to whoever did it.

The incident has caused people to post messages of alarm and support.

“I’m really frightened with what is going on…” says one.

“This is heartbreaking. We’re so much better than this,” says another.

“We’ve actually had donations coming in, wanting to help pay for the sign’s repair,” said Berg.

One woman made a temporary sign with rainbow colors and a big heart in the middle, which is still standing today.

The message in the back says, “All are welcome here. You are loved. You matter.”