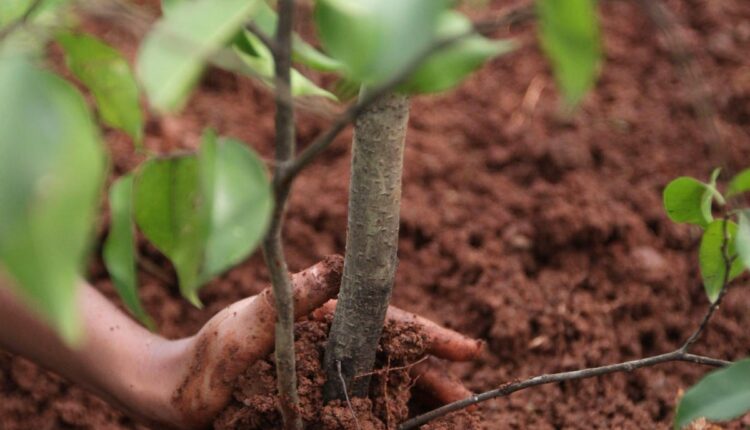 Los Angeles is certainly no stranger to world class Thai cuisine. The city is home to the only officially recognized “Thai Town” in the whole country. In fact, one could reasonably argue that LA has the best Thai food outside of Southeast Asia.

But it wasn’t always like that. When Chao Krung It opened here in 1969 and was one of the first Thai restaurants in all of Southern California. Today it exists as its oldest. Keeping the tradition – and the fine aromas – intact is the boss Amanda Kuntee and Katy Noochlaor. The sisters are the third generation of co-owners of the historic eatery that is now on Fairfax Avenue.

Kuntee takes the lead in the kitchen and gives family recipes authentic relevance and tasty results. Her interpretation of Ko Mu Yang – a tender pork neck served with homemade dipping sauces – is one of my favorite dishes in LA. It should come as no surprise that this place still shines after so many years. You won’t become the oldest Thai restaurant in town by resting on your laurels. But what you may not know is how well it all goes with wine.

The sisters hope to put the spotlight on the beauty of this particular combination. And in a particularly remarkable way: by celebrating the many brilliant wine women. They launched the city’s first wine list made up entirely of women vintners.

To get a foretaste of how it all came together – and how to best combine Thai food with wine – I sat down with the experienced restaurateurs … For Pinot and Pad see ew, of course.

The following interview has been edited for length and clarity.

Katy Noochlaor: We introduced an exclusively female wine list in March 2020. Unfortunately, the industry closed shortly after, so we’re restarting it now.

Where did the idea come from?

Noochlaor: The wine industry is largely a white and male dominated industry. It is more important than ever to shed light on the women entrepreneurs who not only succeed in the food and beverage industry, but also own them. We want to support tough women entrepreneurs across the hospitality industry and see women continue to shine in the world of winemaking. As a women-run restaurant, we want to support women throughout the hotel industry. We have curated this innovative new wine list that has a significant feminine presence behind every wine that reflects who we are as a women-run, small family restaurant.

What are some of the standout selections?

Noochlaor: When I have to pick a favorite, I love highlighting the Sonoma Coast Chardonnay from Ernest Vineyards. Is not only Erin Brooks an owner and founder, but has set up and managed her own crush facility and new vineyard management company. The wine itself is not typical of many of the California Chardonnays that one is used to. It is very light, tender, fresh, tangy and elegant, which makes it a true example of a Chardonnay on the coast with a cool climate. It feels like a world class burgundy that is rooted in Sonoma, and it goes perfectly with Thai food.

At the Reds I love the story of the two sisters Honorine and Clothilde painwho produce first-class Cabernet Franc on their family’s small estate in Chinon on the Loire. They grew up with their father Phillipe in the winery and in the vineyard and took off his coat and ran with it! This wine goes perfectly with coconut milk in curry and it’s so much fun to see how the Thai and French traditions combine.

How many wines are on the list at the same time?

Noochlaor: 11-12. It’s a very focused list that has something for everyone but is nimble and efficient.

How long have you been working in the kitchen at Chao Krung?

Amanda Kuntee: As far back as I can remember. I was in the Chao Krung kitchen between 1997 and 2007 improving the menu and recipes. From 2007 to 2014, I worked with family members and opened two restaurants. The first restaurant was Chadaka Thai, which offered fine dining, and the second was Soi56, which specializes in Thai street food. My aunt was the head chef at Chadaka Thai, so I didn’t do a lot in the kitchen, but I learned a lot from my aunt. When we opened Soi56 in 2008, my cousin and I worked in the kitchen creating authentic recipes and highlighting simple dishes like pad thai. When my parents wanted to retire, we sold Chadaka Thai and Soi56 and ran a restaurant, Chao Krung. Since 2015 I have been working as Executive Chef at Chao Krung Thai with all my experience from all kitchens.

How would you describe your kitchen style?

Kuntee: Authentic Thai home cooking. I want to highlight even the simplest of Thai favorites. With a strong focus on the centuries-old Thai tradition of family hospitality and food, Chao Krung has become a staple of authentic Thai cuisine with recipes that have been passed down through generations from a culinary-minded family. My grandmother used to prepare dishes for the royal family in Thailand. The menu at Chao Krung focuses on deeply traditional recipes using only the highest quality market-fresh ingredients, meats and sauces made from scratch.

What are some of the dishes you prepare here that are not often found on Thai menus in the US?

What are some basic pairing tips for pairing wine with Thai cuisine?

Kuntee: All of the basic pairing principles apply to Thai cuisine, such as acid-cutting richness and tannin pairing with fat. The things that differentiate Thai food from wine are the sweetness and the flavor. So you want to look for wines that have enough fresh acidity to break up the sweet and rich aspects and freshen up the palette, but you also want enough body to withstand the strength and flavor of the food. And for very spicy food, the best in the world is a Riesling. I always say Riesling and Thai food are best friends. I’ve also always loved how medium-bodied, fruity wines go with coconut milk in curries, and champagne or sparkling wines with Khao Soi are a heavenly pairing.

Iteris supports Caltrans in the initiative for intelligent mobility, security and accessibility