This July 4th, right to vote, US Democracy for Life Support 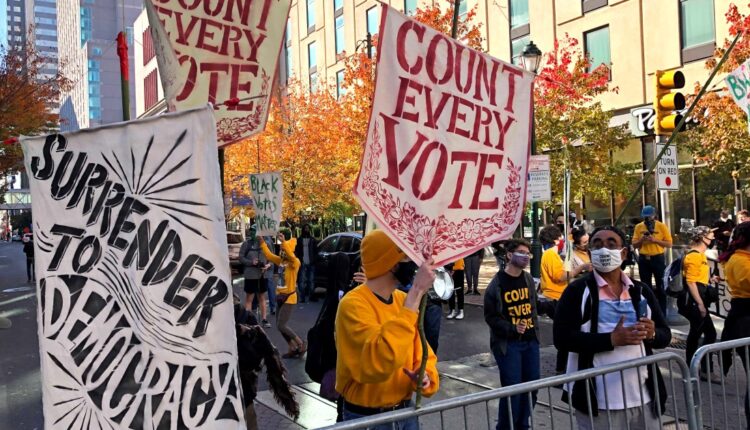 To the editor: I’m really happy that my children have had the experience of living in a democracy. It seems this is quickly becoming a relic of the past. (“Three Californians, Cheney from the GOP under Pelosis Picks for Panel Investigation on January 6,” July 1, and “Supreme Court Limits Voting Rights Act in Decision for Arizona Republicans,” July 1

Today, July 4th, we celebrate 245 years of experimentation that was the Republic of the United States based on government of the people, by the people, and for the people. The current Republican Party has hollowed out those words with its refusal to negotiate laws such as setting up a commission to investigate the January 6 uprising or protecting voting rights in the interests of the vast majority of the public.

I mourn the nation I adored and fought for. I don’t blame former President Trump – he was a symptom of the fantasy that one strong man could solve all of our problems. I see very little hope for our future

Joni Mitchell said it well as she sang, “You don’t know what you have until it’s gone.”

To the editor: I’m old enough to remember conservatives moaning and grinding my teeth about Earl Warren Court and saying he exceeded his limits by legislating from the bank. But apparently it’s okay for the current ultra-conservative Supreme Court to pretend it’s Congress.

The judges have again gutted the suffrage law, which allows Arizona to make it a crime for anyone to deliver postal ballot papers except family members and postal workers.

Many tribesmen have no postal service and have to drive an hour or more to the nearest post office. Many of these people have limited access to transportation, and the only practical option for them has been to rely on friends and neighbors to get their ballots in the mail.

To the Editor: The July 2 front page of the Los Angeles Times carried the headline, “Courts Deal a Blow to the Suffrage Law.” That says all about the newspaper’s left-wing tendencies.

An article in the Wall Street Journal reporting the same Supreme Court decision had the headline: Justices Uphold Arizona Election Rules. The difference lies in stubborn rhetoric versus objective reporting.

The Times continues to show its left-wing opinion on the front page. Unfortunately, the Times has forgotten the importance of objectivity to good journalism.

Virtual restaurants and the spirit of California’s burritos past