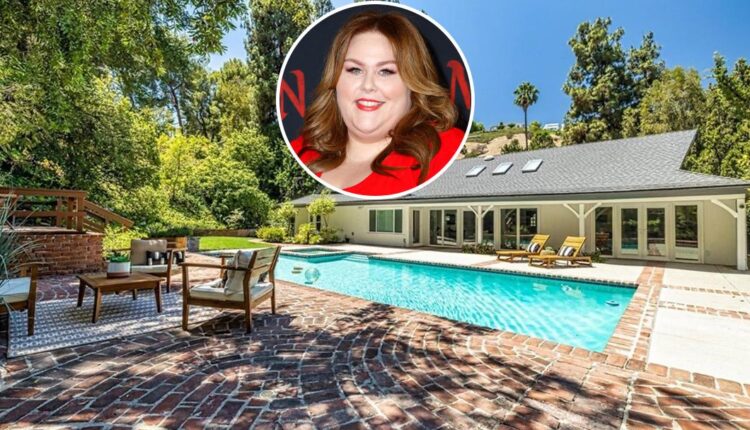 After Chrissy Metz was upgraded to a $ 3.5 million estate in the gated community of Bell Canyon, she no longer needs her former home in the San Fernando Valley. Unsurprisingly, the “This is Us” actress has now officially listed the smaller property, asking for $ 1.9 million for the updated but relatively humble Tarzana ranch home. Metz paid $ 1.6 million for the place two years ago.

Originally built in 1966, the five-bedroom, four-bath home sits on a quiet hillside street on just under an acre of land surrounded by a sloping front yard of old pine trees. There is a two-car garage and a spacious driveway with space for several additional vehicles. Inside, 3,200 square meters of sun-drenched living space is interrupted by numerous skylights and recessed lights, all of which look out onto warm wooden floors.

The fully renovated gourmet kitchen is adorned with white cabinets and stone countertops, and has a built-in desk, breakfast bar, and luxury stainless steel appliances. Directly next to the kitchen is a spacious living and dining area as well as a laundry room with direct access to the attached garage.

The master suite is hidden from view in its own wing with a walk-in closet and a cozy seating area. There are four other bedrooms as well as an office with built-in shelves; Most of the bedrooms have direct access to the private garden with heated pool and spa as well as a covered terrace that extends almost the entire length of the house. There is also a tree-shaded brick patio which is ideal for al fresco dining.

Best known for her role as Kate Pearson on NBC’s award-winning This Is Us, the Emmy- and Golden Globe-nominated star also appeared in the films Breakthrough and Sierra Burgess Is a Loser. And Metz, who also works as a singer-songwriter, has also published several pieces of music – including “Girl Go”, “Talking to God”, “Actress” and “Feel Good”. The Florida native recently performed live on Nashville’s Grand Ole Opry and headlined Chrissy Metz & Friends, a benefit show for the CMA Foundation in the city’s historic Bluebird Café.