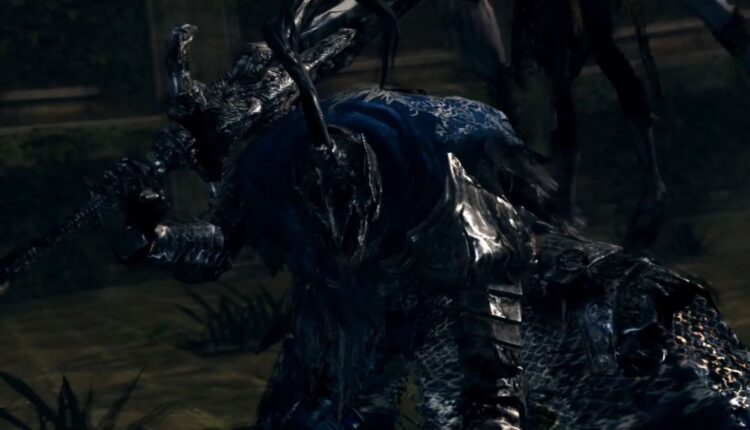 Ahead of Elden Ring’s launch this month, a bunch of PlayStation Studios devs from Naughty Dog, Insomniac, Bend Studio, and Sony Santa Monica have revealed their favorite bosses from the Dark Souls series.

The devs’ responses were compiled into a list on the PlayStation Blog. As a bit of a foreword, FromSoftware director Hidetaka Miyazaki reiterates that his all-time favorite boss from the Souls games is Old Monk from Demon’s Souls, which also happens to be the top pick from Thomas Hart, associate community manager at Insomniac.

Hart was surprised to find that their second attempt at beating Old Monk revealed a completely different move set from the boss fight, and so they Googled some tips. Of course, if you’ve played Demon’s Souls, you know why the boss’s behavior changes with each battle. “I was hit with the revelation that I wasn’t fighting a computer… it was other players,” Hart said. “PvP boss fight! Mind blown!”

Bend Studio technical artist Tucker Cole recons their favorite boss is Nameless King from Dark Souls 3, a battle Cole found to be equal parts spectacular and punishing. “Perhaps as intimidating as his offense is his tendency to walk calmly towards the player between attacks, displaying the patience and composure of a seasoned warrior,” Cole explained. “Defeating this formidable foe imparts a comparable sense of mastery, along with the pride of having defeated the boss that stood at Lothric’s absolute peak.”

If you ever hear a battle described as a “dance,” you know it’s some serious business. Ivanna Liittschwager, environment artist at Sony Santa Monica, says the fight with Lady Maria of the Astral Clocktower in Bloodborne was the most challenging and beautiful she’d seen from the series.

“Lady Maria has to be my most favorite boss in all of these games because of how much it felt like a dance, with Lady Maria leading me … Phase one is a rhythmic dance to her quick attacks. Phase two is a faster pace with longer-range attacks where she uses her blood as a whip of sorts.Phase three, she’s using blood AND fire that you must dodge until you miss a step and you’re dead.What a wonderful experience it was to fight her for the first time.”

Naughty Dog narrative lead Joe Pettinati found deciding the best Souls boss to be a daunting task, but ultimately settled on Guardian Ape from Sekiro: Shadows Die Twice. What appears to be a gag fight ultimately turns into a gloriously grotesque spectacle after you decapitate the giant monkey and it turns into a… centipede?

“The thing I love most is how From animated a fairly credible gorilla in the first phase, then completely flips the script in phase two as this ape torso slithers and slinks around – part snake, part ballet dancer.

“Somehow, pulling a giant centipede out of its neck-hole in the end starts to clarify things. You were fighting a bug, living inside a gorilla, tugging it around like a marionette. No cutscene explains that. No scribbled note. It’s all told through arresting visuals.”

Check out the full article for everyone’s picks, as there are contributions from developers from Firesprite, Bluepoint Games, and Nixxes Software as well.

In anticipation of its impending launch, check out our hands-on Elden Ring preview from November.